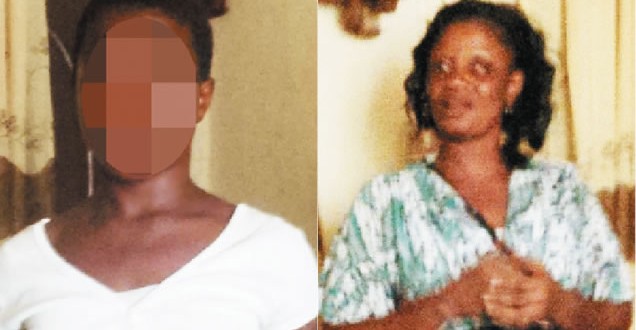 Twelve-Year-Old Girl Raped By Aunty’s Customer, Son Within One Week

April 2, 2016 Comments Off on Twelve-Year-Old Girl Raped By Aunty’s Customer, Son Within One Week 40 Views 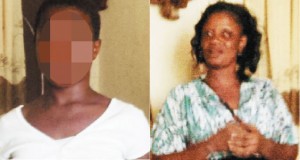 For many young girls, coming to live in Lagos from the villages is a turning point they look forward to with excitement. It was the same for 12-year-old Rachael (not real name), who left her native Akwa Ibom State in company with her aunty, Joy Isong.

But within days of settling in Lagos, the girl had been traumatised to the point of regretting the day she made the decision to leave her widow mother, to follow her aunty.

Within days of her Lagos surjourn, the little girl, who was enroled in class five in a primary school in Mafoluku, Oshodi, Lagos, had been raped two different times in her aunty’s home.

“I loved to come to Lagos but I did not want to leave my mother, but my aunty said if I followed her to Lagos, I would be happy. But now, I am so sad I did not know this is the kind of thing I will come and go through here,” Rachael said.

Rachael told our correspondent that she was sleeping in her aunty’s house one evening after the woman had gone to the market.

“I just woke up and noticed that a man was lying on top of me. I tried to push him away. I knew him. I had seen him in my aunty’s house a few times,” she said.

The man Rachael was talking about is Christian Nse, a father of five, who attends the same church as Rachael’s aunty.

“He is also my aunty’s customer. I tried to push him away from me. But he covered my mouth. Music was playing inside our house then. He had increased the volume and I did not know. He told me not to shout and said he would buy me expensive clothes. I told him I did not want any clothes, but he still raped me as he covered my mouth. When he finished, he told me to go to the bathroom and clean up the blood. Then he opened the door and left,” Rachael said.

The girl sobbed till her aunty came back from the market, Saturday PUNCH learnt.

Saturday PUNCH learnt that when they got to the pastor, Nse admitted that he indeed raped the girl and rather than report the matter to appropriate authorities, the pastor, Mr. Ezekiel Okon, asked Nse to kneel as he prayed fervently for him, asking God to deliver him from the spirit of rape.

When our correspondent got wind of the incident and visited Rachael’s aunty in a restaurant she operates in Mafoluku, the pastor was there with her.

Okon and the aunty appealed to our correspondent to let the matter go as the girl was simply fondled but not raped.

“Please sir, the man who touched her breast is no longer in Lagos,” the woman said.

“I was notified of the issue and I even scolded the man when they brought him to me. He has promised never to do such a thing again. Please, let us just forget it,” the pastor added.

On the surface, everything was alright. Glory was in the restaurant that day. She kept quiet as her aunty pretended that nothing bad had happened to her.

Nobody said anything about the fact that few days after Nse raped her, one of Isong’s sons also raped her, an information our correspondent later got from the girl when the case was later reported to the police by officials of the Jeshabel Touch-A-Heart Foundation.

Rachael explained that after she was raped by Nse, her aunty started taunting and tormenting her with hurtful words.

She said, “She started laughing at me. She was making jest of me and saying that I would become pregnant for the man. She said when I have the man’s child, I would become his wife. I always cried whenever she said that.

“One man on our street later heard about the matter and went to tell the wife of the man (Nse) what happened. The man’s wife then came to my aunty’s house and took me to a hospital. The doctor in the hospital said that I still had some blood inside me that needed to be washed out. After he washed it out, he gave me injection and I was told to go home.”

Saturday PUNCH spoke with Mrs. Nse, who explained that she believed that her husband indeed raped the girl.

“I was angry with him. When I confronted him, he said he did not know what to say. We have been married for more than 20 years. I did not even speak with him for some weeks after I heard he raped the girl,” she said.

But that was not the end of Rachael’s ordeal.

Few days later, when her aunty was away from the house, the woman’s 18-year-old son, Daniel, who is Rachael’s cousin, grabbed her again and raped her.

“I told him that I would tell his mummy when she came back. I told him that I did not believe that he was an animal because I had always seen him like my own brother. But he just laughed after he had raped me. When my aunty came and I told her, she shouted at me to leave her presence. She said she did not like looking at my face because I am very ugly. She told me to get out.”

With nowhere to turn to, Rachael decided to tell her class teacher all she had been going through at home.

Luckily for Rachael, the Oshodi-Isolo Local Government Education Authority had previously held an awareness lecture on rape and sexual assault, telling the teachers and pupils what to do when they go through such things.

The teacher promptly informed the authorities, which in turn got the Jeshabel Foundation involved in the case.

Head of the guidance and counselling unit of the education authority, who is also in charge of  sexual harassment and molestation issues within primary schools in Oshodi-Isolo, Mrs. Irene Enogwe, explained to our correspondent that her office had previously taught students to always speak out when they are raped.

“We always tell them that it is to their benefit to tell their parents when someone molests them. If their parents do not listen to them, they should be able to walk up to their teachers to narrate what happened. We are happy that the girl in this case immediately followed that instruction,” Enogwe said.

By Thursday, Founder and coordinator of the Jeshabel Touch-A-Heart Foundation, Mrs. Favour Benson, had reported the case at the Makinde Police Division.

That same day, the police rounded up all the parties concerned – Nse, Rachael’s aunty, her son, the pastor, Nse’s wife – with plans to prosecute everyone who had contributed to the girl’s woes.

Benson told Saturday PUNCH, “We will be taking her to the Mirabel Sexual Assault Referral Centre in Ikeja for treatment. We would be taking her to the National Agency for the Prohibition of Trafficking in Persons for counselling. The girl has been traumatised. She needs to go through a lot of processes to get her confidence back. Even at the end, she would need to go back to her mother.

“We learnt that the doctor, whom the girl was taken to by the rapist’s wife examined her and certified her to be alright even though he was told the girl was raped.The doctor made no attempt to report the case. He should be arrested too.

Share
Previous Tension In Rural Kaduna After Murder Of A Colonel
Next Controversy Trails Toyin Aimakhu , As Actress Weeps Again On Instagram