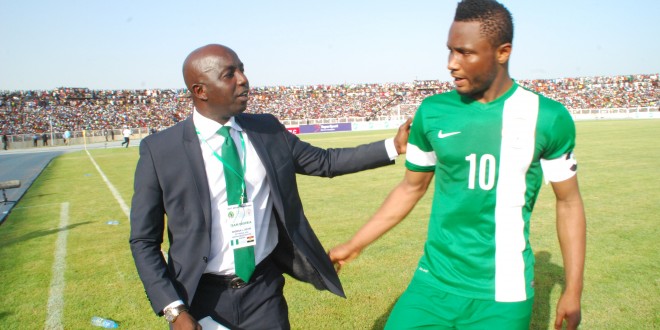 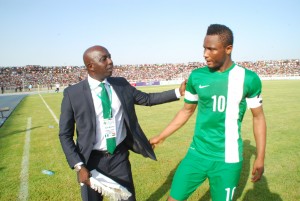 Nigeria’s delegation to Tuesday’s 2017 Africa Cup of Nations qualifier against Egypt has arrived in Alexandria, venue of the match. The delegation flew aboard an ARIK Air aircraft and landed at the Borg El-Arab Airport, Alexandria at 6.35pm Egypt time on Monday (5.35pm Nigeria time).

The Permanent Secretary in the Federal Ministry of Youth and Sports, Mr. Chinyeaka Christian Ohaa, and NFF President Amaju Pinnick led the delegation that included 25 players and technical/backroom staff.

On arrival, Samson Siasia told thenff.com: “We know we have no choice but to win, so we will go all out. There is no alternative. All the players are aware of that fact and whoever gets to play tomorrow will fight very hard for the country.”

Captain Mikel Obi, who alongside Elderson Echiejile are the only surviving members from the 2009 squad that defeated Kenya in Nairobi in a must-win game to qualify for the 2010 FIFA World Cup, said: “We are in the same situation now as we were then going to Nairobi. I just have it in my mind that it can be done, that we have done it before.

“Yes, we will go out there on Tuesday night and do exactly what we have to do: fight. It is not going to be easy but I keep remembering what we did in Nairobi that evening and I know it can be done.”

The man who was head coach that evening in Nairobi, Shuaibu Amodu, is now the National Technical Director. He also spoke with thenff.com on arrival in Alexandria.

“I also remember Nairobi, and I have already discussed it with Mikel and he remembers very well and the spirit is there and he will pass it on to the other players.

“We just have to remember that it has been done before and that we can do it again. Of course, that was a FIFA World Cup qualifier and this one is an Africa Cup of Nations qualifier. But the same principle can be applied and Nigeria will come out victorious.”

Following Chad’s withdrawal from the race, which has left only three teams in the Group G of the campaign and which nullified all results obtained against the Les Sao, only the group winner will qualify for 2017 Africa Cup of Nations taking place in Gabon.

Egypt currently top Group G with four points, with Nigeria second on two points and Tanzania on one point. 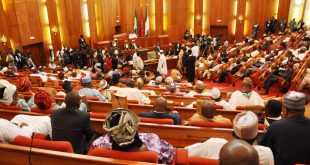