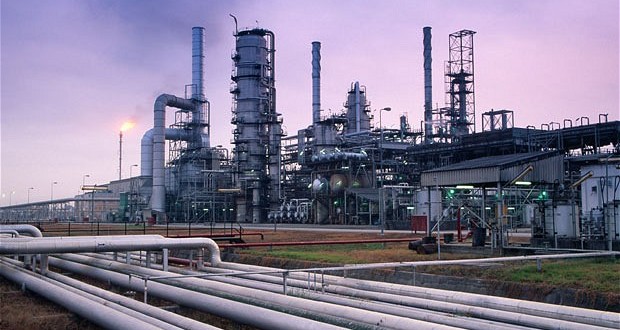 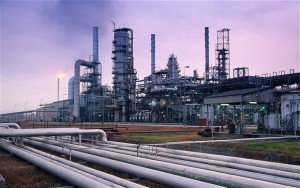 NIGERIA earned N1.94 trillion from the export of crude oil and other petroleum products in the fourth quarter, Q4, of 2015, according to data released by the National Bureau of Statistics, NBS. The NBS, in its Foreign Trade Statistics for the Fourth Quarter of 2015, disclosed that Nigeria’s total exports in the period under review were dominated by petroleum products export.

On the other hand, Nigeria spent N288.625 billion on the importation of Premium Motor Spirit (PMS) also known as petrol in the period under review. Specifically, Nigeria, according to the report, exported crude petroleum oil and oils obtained from bituminous minerals valued at N1.674 trillion, Liquefied Natural Gas (LNG) export was put at N226.226 billion, while the export of other petroleum gases stood at N18.726 billion.

It noted that on an annual basis, total exports from Nigeria stood at N9.729 trillion at the end of 2015, representing a drop of N6.575.2 billion or 40.3 per cent over levels recorded in 2014. The report said: “Notwithstanding a steep decline in crude oil exports by N4.946 trillion or 41.6 per cent in 2015, the structure of Nigeria’s exports is still dominated by crude oil exports.

“The contribution of crude oil to the value of total domestic export trade amounted to N6.945 trillion or 71.4 per cent in 2015.” The report explained that the largest product exported by Nigeria in 2015 was Mineral products, which accounted for N8.574 trillion or 88.1 per cent.

“Other products that contributed noticeably to Nigeria’s exports include vehicles, aircraft and parts thereof; vessels etc. and prepared foodstuffs; beverages, spirits and vinegar; tobacco, whose values stood at N681.6 billion or 7.0 per cent, and N167.1 billion or 1.7 per cent respectively, of the total exports of Nigeria for the year,” the report said.

Continuing, the report said: “Exports by continent showed that Nigeria mainly exported goods to Europe and Asia, which accounted for N3.867 trillion or 39.7 per cent and N2.946 trillion or 30.3 per cent respectively, of the total export value for 2015.

“Furthermore, Nigeria exported goods valued at N1.4 trillion or 14.4 per cent to the continent of Africa while export to the ECOWAS region totaled N608.3 billion.”

In addition, the NBS stated that, “The total value of Nigeria’s merchandise trade during the Fourth Quarter of 2015 stood at N3.653 trillion, 9.2 per cent lower than the value of N4.021 trillion recorded in the preceding quarter.