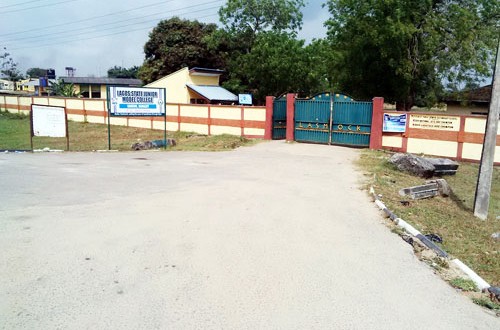 March 26, 2016 Comments Off on Lagos Model Colleges Of Stench, Neglect And Hope 154 Views

Lawmakers in the Lagos House of Assembly recently paid a visit to some model colleges in the state, where they were treated to some horrifying scenes, including a school where students, as a result of moribund toilet facilities, defecate in the open, and another where students are paired on worn-

out mattresses. Lagos State House of Assembly correspondent, Chukwuma Okparaocha, in this report, highlights what the students go through on daily basis.

The poor state of education in the country was last week again brought to the front burner with the sorry state of the some public schools in Lagos State.
Saturday Tribune’s attention was brought to the state of some model colleges in Lagos, where students are not only overcrowded in their dormitories; they are often forced to defecate in the open, among other hard conditions they are subjected to daily.
A visit to the Lagos State Model College, Igbonla, in Epe area of Lagos would reveal a school whose students and members of staff appeared to have been cut off from the society as a result of the school’s location and the poor state of the roads leading to the school, whose facilities and hostels are apparently overstretched.
A trip round the school revealed that the students were being subjected to what a visiting lawmaker later described as ‘inhuman condition’ in their hostels, which could be seen to be already overpopulated and unkempt.
The school library has been apparently converted into an examination hall without any provision for an alternative library, which could be used by the students for research purposes.
As earlier mentioned, also in a terrible state is the road leading to the school, as it has been covered with huge potholes and some part were almost overgrown with weeds.
By the physical observations made in the school, the hostels are jam-packed so much that the students’ lockers where they keep their personal belongings and confectioneries are left on the corridors outside.
The chairman of the Committee on Education in the Lagos State House of Assembly, Hon. Olanrewaju Ogunyemi, who led a tour of the school, was quick in condemning in strong terms the state of infrastructure in the state’s model colleges.
He subsequently advised the state government to urgently address infrastructural challenges in the state-owned model colleges so as to restore the lost glory of the schools and sustain the visions of their founders.
“The facilities in the hostels are inadequate, we see a lot of cramping of beds and we saw that it is not conducive. There is a hostel there that has been abandoned since the school was established, if the building is completed, it would go a long way to improve the hostel facilities,” he said.
But in his reaction, the principal of the junior section of the school, Mr. Bolaji Oyesola, who led other members of staff to receive the committee members, said that a room had actually been converted into a library for the students.

Share
Previous Economic Retreat: A Jamboree, Waste of N250m Public Fund —Fayose’
Next How Most Wanted Militant In Lagos, Tokiwe Joseph Aka TK Was Recently Brought To An End