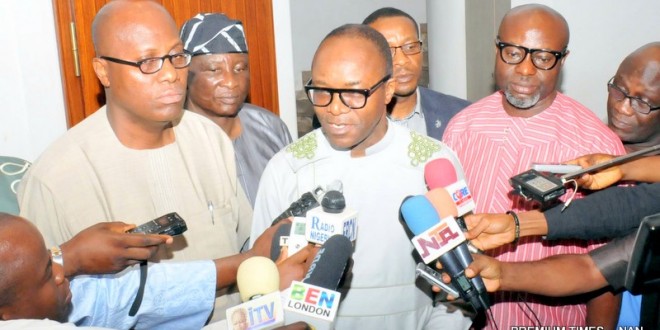 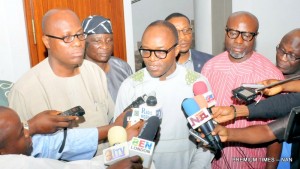 The Minister of​ State for Petroleum, Ibe Kachikwu, on Wednesday said fuel scarcity may persist for two more months as oil produced in the refineries would not be sold but kept in a “strategic reserve”.

“One of the training​s ​I did not receive is that of a magician, but I am working very hard to ensure some of these issues go away​,” said Mr. Kachikwu.​

“So it ​is quite frankly sheer magic that we even have the amount of product at the stations. We are looking to see how to get foreign exchange input. The president and I discussed extensively on how to get more crude directed at importation.

“His Excellency will rather have less crude but have individuals in the society suffer less with inconveniences than have more crude and have them continue to suffer.

“So we are going to put a new model to enable us increase the pace and actually get (oil) majors as part of the crew of those to bring in more products so that the NNPC will sort of go back to the capacity of what it used to do and the majors will take over the balance of importation.

“So over the next two months, we should see quite frankly a complete elimination of this.

“Our strategy is that whatever is produced in the refineries will not go for sale, we are going to keep them in strategic reserve.

“Believe me, this is giving me and my team sleepless nights and we are working on it and we are committed​ to making this go away, Nigerians should please bear with us​,​” he told journalists after the meeting.

The meeting with the president is coming weeks after oil workers in an industrial action shut down operations of the NNPC for fear of job cuts following an announced restructuring of the corporation.

Mr. Kachikwu, who doubles as managing director of NNPC, said this was the first time the unions were meeting with the president to review some of the concerns in the oil industry to find solutions.

Some of the concerns, he said, included the Petroleum Industry Bill (PIB), fuel scarcity issue as well as the refineries for which “we are thankful we didn’t sell”.

According to him, the unions are also worried about the utilization of depots as well as all kinds of logistic issues that plague the oil industry.

“They are worried about job loss in the sector arising from the position of majors who feel that the economy​ is giving the rough end of the sticks and then try to whittle down staff.

“And so we are going to be working with the oil majors to ensure that we do not experience the kind of job loss that we are hearing has the potential to occur in the sector​,​” he added.

The national presidents of​ ​NUPENG and PENGASSAN, Igwe Achese and Olabode Johnson,​​ told journalists that Mr. Buhari assured the unions that they would continue to be part of the ongoing​ restructuring in the sector.

Share
Previous I am focussed on leaving an enduring legacy at NIMASA —Peterside
Next Police Quiz Queen’s College Teacher, Principal Over Allegation