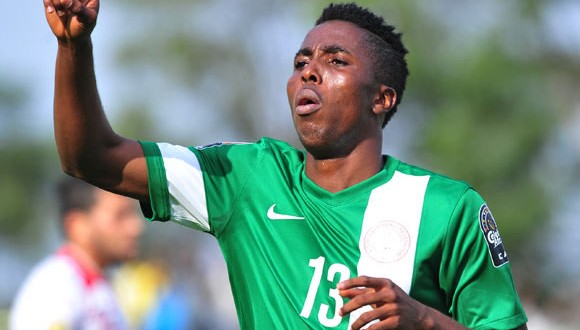 March 22, 2016 Comments Off on Ighalo, Iwobi Are Better Than Chikatara- Siasia 48 Views 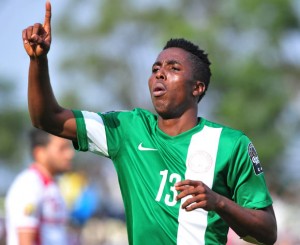 Nigeria coach, Samson Siasia, Monday, explained why he  dropped Abia Warriors forward and CHAN star, Chisom Chikatara, from the list of players for the two-legged 2017 Africa Cup of Nations qualifiers against Egypt .

Siasia on Sunday released the names of six home-based players for the tie but left out the Warriors’ forward, who scored four goals at the 2016 African Nations Championship. He named 2015 CAF Most Promising Player, Oghenekaro Etebo, as well as goalkeeper Ikechukwu Ezenwa, defenders Kalu Orji, Etim Matthew and Chibuzor Okonkwo and midfielder Ifeanyi Matthew.

Siasia, who spoke on a SuperSport programme on Monday, said he was aware of Chikatara’s talent but had to drop him because the team had enough strikers for the matches.

“I have known Chikatara before now. He used to play with the U-20 team and also the U-23 before we left for Senegal. I know him very well,” the former Nigeria international said.

“I believe we have better players than Chikatara in the team up front. Who do we want to compare Chikatara with among the players we have in the team right now?”

The coach also expressed his worry about the Eagles’ defence after two players, Leon Balogun and Kenneth Omeruo, pulled out with injuries, adding that he would study the Egyptians’ pattern of play to grind out a favourable result from the fixture.

He said, “I am concerned of course about the two injured players but then we need to work with the ones we have. We need to make sure that they play to instruction and abide by how we have to play.

“We have to watch the Egyptian videos to know the areas we have to strengthen our defence. Most of the players played against us in Senegal but we don’t have to talk too much about them. Let’s focus on how we have to play and how we have to move forward to create the chances and to score goals. That’s what we should be working on with the players for the next two days or so.”

Siasia added that the players’ commitment to the cause of the team would complete half of the task against Egypt.

“We are getting prepared and we have to be ready for Egypt. If you have players that are committed, a half of the job would have been done because they will play with their hearts. They are very determined to get a good result out there.”