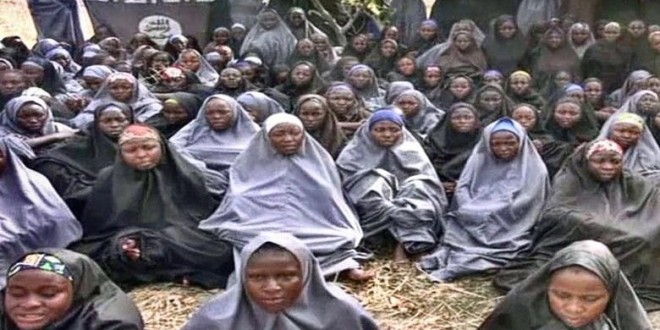 UK, US Govt Told FG Where Chibok Girls Were Kept But No Action Taken

March 21, 2016 Comments Off on UK, US Govt Told FG Where Chibok Girls Were Kept But No Action Taken 19 Views 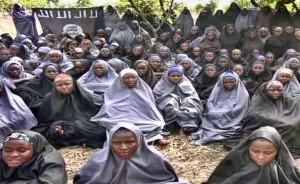 Some of the female students of Girls Government Secondary School, Chibok in Borno state were once spotted by United Kingdom and United States surveillance team at the Sambisa forest but efforts were not made to rescue them.
This was the revelation made yesterday by the former British High Commissioner to Nigeria, Dr Andrew Pocock in an interview with London-based Sunday Times. Boko Haram militants attacked the school in April 2014, and seized 276 girls who were preparing for end-of-year exams. 57 managed to escape.
The government has, since then, insisted that the whereabout of the girls is unknown just as unofficial sources insist that the girls have been seen in Sambisa forest where the militants
are based. Yesterday, London-based Sunday Times yesterday quoted former British High Commissioner to Nigeria, Dr Andrew Pocock as saying that a large group of the girls were spotted by United Kingdom and American officials in a forest but failed to launch a rescue mission. Pocock also said the information was passed to the Federal Government but made no request for help. He told the Sunday Times in an interview.
According to the envoy, Western governments felt ‘powerless’ to help as any rescue attempt would have been  too high risk with Boko Haram terrorists using the girls as human shields. “A couple of months after the kidnapping, fly-bys and an American eye in the sky spotted a group of up to 80 girls in a particular spot in the Sambisa forest, around a very large tree, called locally the Tree of Life, along with evidence of vehicular movement and a large encampment,” he said. He said the girls were there for at least four weeks but authorities were ‘powerless’ to intervene and the Federal Government did not ask for help anyway. On why the girls were not rescued, Pocock said: “A land-based attack would have been seen coming miles away and the girls killed, an air-based rescue, such as flying in helicopters or Hercules, would have required large numbers and meant a significant risk to the rescuers and even more so to the girls.”
He added: “You might have rescued a few but many would have been killed. My personal fear was always about the girls not in that encampment. 80 were there, but 250 were taken, so the bulk were not there. What would have happened to them? You were damned if you do and damned if you don’t.” In an investigation by Christina Lamb for the Sunday Times Magazine, Dr Pocock said the information was passed to the Nigerians but they made no request for help.

Share
Previous Tinubu Appeals to Nigerians to Be Patient with Buhari’s Government
Next Rivers Reruns: PDP Berates INEC, Security, APC….Says APC Trying To Reap Where It Did Not Sow