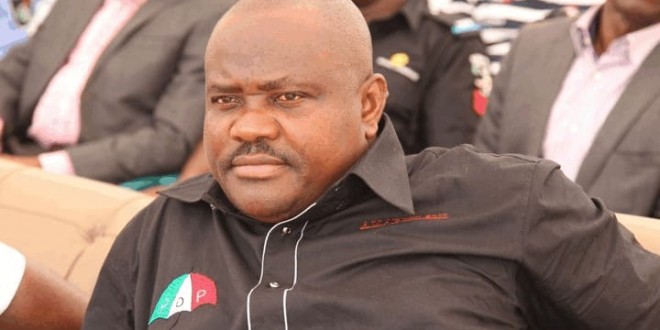 Arrest, Interrogate and Detain ,Wike Over Assassination Attempt On Peterside, others – APC

March 21, 2016 Comments Off on Arrest, Interrogate and Detain ,Wike Over Assassination Attempt On Peterside, others – APC 21 Views

The All Progressives Congress (APC) in Rivers State has expressed outrage over the assassination attempt on the Director-General of the Nigerian Maritime Administration and Safety Agency (NIMASA), Dr. Dakuku Peterside, the State APC Chairman, Dr. Davies Ibiamu Ikanya, and the deputy governorship candidate of the party in the April 2015 elections, Hon. Asita O. Asita. gedly escaped death on Sunday afternoon after Peterside’s vehicle in which they were travelling from the Port Harcourt International Airport was attacked by gunmen in two utility vehicles belonging to Emeka Woke, Chief of Staff to Governor Nyesom Wike.

In Statement signed by the Special Assistant to the APC Chairman in Rivers, Chukwuemeka Eze, the party called on the Federal Government to immediately arrest,interrogate and prosecute  Governor  Nyesom Wike over what it called a “This brazen attempt to snuff out the lives of three key leaders of Rivers APC is outrageous, an affront and condemn-able,”

Rivers APC in a statement issued Monday in Port Harcourt held Governor Wike responsible for the assassination attempt, calling on relevant security agencies to quickly arrest and interrogate him and to hasten to bring the full weight of the law on all those involved in the dastardly act. The party said: “We have often cried out about Wike’s bloodthirstiness but, unfortunately, nothing was done to keep him in check. Before last weekend’s State and National Assembly rerun elections in the State, we had openly cried out following Wike’s open threats on the lives of President Muhammadu Buhari, Chief of Army Staff, Lt.-Gen. Tukur Buratai, and Minister of Transportation, Rt. Hon. Chibuike Rotimi Amaechi. Those who thought we were shouting wolf where one does not exist now know better.

“On the day of the rerun election, 19th March, 2016 the strategy of Chief Wike dressing his gang of killers in police and military uniforms was duly exposed when his Special Assistant on Special Projects, Mr. Cyril Dum Wite, was caught with N40 million, arms, police and army uniforms in his car. We were not surprised because to install Wike as a Governor, 100 APC members had to be sent to their early graves. In the countdown to the rerun elections, an army major and two soldiers, as well as an Immigration Officer, were killed in Wike’s desperation to install his stooges as members of National and State Assemblies. Also, an APC chieftain was beheaded with his wife and his son killed. Another APC chieftain was buried alive while yet another was burnt alive.

The APC also described the rerun elections was a  sham, charade where it claimed that PDP hoodlums had a free day intimidating voters to vote only PDP candidates or get killed with the Police looking the other way in order to secure their lives.

“We urge Nigerians to rise and condemn this act of wikeism where only blood is the only means to win elections.”

“For any meaningful election to be held in Rivers State or any part of Niger Delta, the President Buhari Federal Govt must completely dismantle the present police force and assembly a modern police force that will guarantee and protect the citizens of this country. ”

Share
Previous We Will Listen To Everybody In Our Quest To Turn Nigeria Around- Muhammadu Buhari
Next Ekiti Lawmakers Cry To NBA, Amnesty International Over DSS Refusal To Release Detained Colleague, Say; “DSS Wants Us Dead”