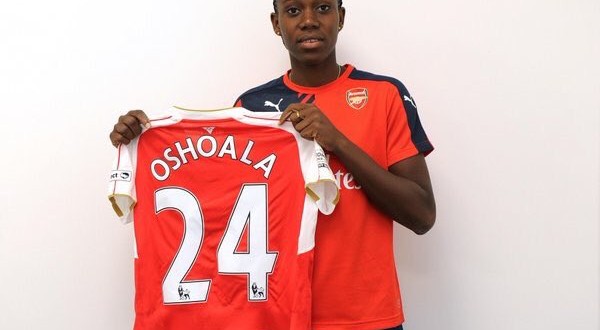 March 19, 2016 Comments Off on Oshoala Joins Arsenal From Liverpool 101 Views 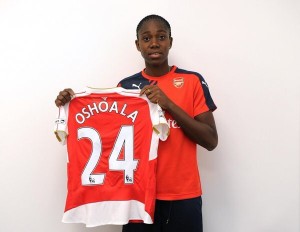 Liverpool Ladies   had first confirmed Oshoala’s departure on January 26, saying it was “reluctantly accepting” a transfer bid for her after her release clause was activated by the London side.

Pedro Losa, manager of Arsenal Ladies, said Asisat will be a great and talented addition to the team.

“Asisat is a fantastic talent and will be a great addition to our squad. She is quick, with excellent feet and has proven she can score goals so it’s very positive she has decided to join us.”

Oshoala herself described her move as a dream come true, telling the club’s website: “It feels like a dream come true. It was the team I supported when I was small. When I first started playing and watching football, I started supporting Arsenal because I love good football.

“Everyone is happy because it is a very popular club in my country. Having their own player playing for the club is a great thing. Everyone was happy about it – not just my family but football fans around Nigeria.”

“I can’t wait for the start of the season to happen. “I’m really eager for that – I just want to show what we have to the fans.
“When I came here last week, I had a very long conversation with Pedro [Martinez Losa] and he told me the goals of the club, what the club has to offer and what the club is looking to do in the future. I think I’m comfortable and happy with the dream of the club.

“He was talking about the organisation and professionalism of the team. It is getting better each year. Thecoming years are going to be far better.”

The 21 year-old striker spent the 2015 season with Liverpool, where she became the first player from Africa to feature in the Women’s Super League. She scored three goals in 12 league appearances for the Reds.

On the international stage, Asisat has represented Nigeria with distinction at youth and senior level. In 2014, she was player of the tournament at both the Under-20 World Cup and the African Women’s Championship.

She was also named the BBC’s Women’s Footballer of the Year in 2015.