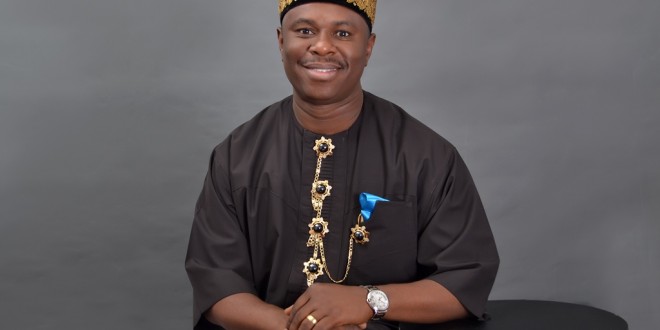 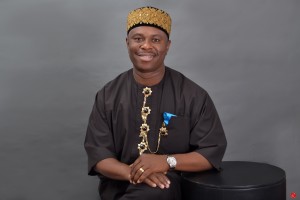 The assumption of office by Dr. Peterside Adolphus  Dakuku as the new Director-General of the Nigerian Maritime Administration and Safety Agency (NIMASA) Tuesday, has sparked off controversy as to the fate of the erstwhile acting DG of the agency, Alhaji Haruna Baba Jauro, who was last week relieved of his duty.
Baba Jauro who has been in acting capacity as helmsman of the foremost maritime regulatory agency in Nigeria since the sack of ex DG Patrick Ziakede Akpobolokemi nine months ago, was conspicuously absent when the new boss addressed top management staff of NIMASA, Tuesday.
Our correspondent gathered midweek that whiles the government’s pronouncement which named Dakuku as the new boss was silent over the fate of Jauro, it is not immediately clear if the former acting DG was out rightly sacked, or asked to revert to his former position as Executive Director in charge of Finance and Administration.
The development is coming at the heel of speculations that Baba Jauro has been invited by the Economic and Financial Crimes Commission (EFCC). Calls put to the corporate image maker of the agency, Hajia Lami Tumaka, to confirm the situation yielded no positive response as the Deputy Director, (Public Relations), was not forth-coming.
Although details of the anti-graft body’s ‘invitation’ to Baba Jauro was still sketchy as at press time, sources close to the agency said he is nonetheless expected to officially hand over to the new DG next Monday.
“After the official handing over on Monday, we will be in a position to know what the fate of Jauro becomes. As of now, nobody can say what will happen because the announcement of Dakuku’s appointment was silent on the fate of Jauro’, a source said.
It is also not clear if he was arrested at his office or picked up by the ant graft agency at his home.
The source who spoke on condition of anonymity said Jauro’s invitation by EFCC may not be unconnected with his activities as the ED Finance and Administration to Akpobolokemi who is currently standing trial for alleged multibillion naira fraud while in office.
The source hinted that as ED, Finance and Admin, there were not any financial transactions under Akobolokemi that did not have the signature of the embattled ex acting DG.
Meanwhile, Dr Dakuku Adolphus Peterside after assuming duty as the Director General/CEO of NIMASA, was said to have immediately went into a closed door meeting with members of Senior Management of the agency.
The former candidate of the All Progressives Congress, APC, in Rivers State disclosed that he is aware that there are competent hands in the agency and solicited the cooperation of the staff to reposition NIMASA for greater productivity.
While noting that he is in NIMASA to serve the nation and humanity, the DG expressed his readiness to partner all stakeholders with a view to positively impacting the maritime sector and the Nigerian economy at large.
It will be recalled that the Federal Government had on Thursday last week appointed Dr. Dakuku Peterside as the Director General of NIMASA for a four year term
Post Views: 0