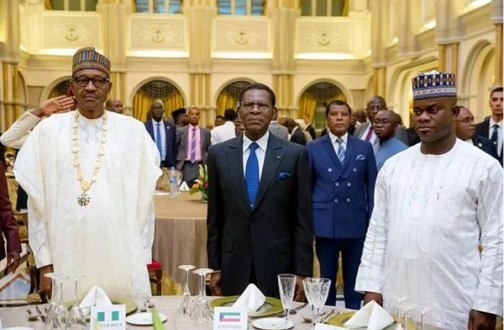 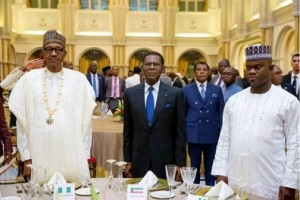 President Muhammadu Buhari on Tuesday vowed that his administration would not show mercy to any person in its ongoing anti-corruption war.

He said his administration would pursue the anti-graft war relentlessly until Nigerians began to see how the nation’s elite conspired to run the country down.

According to a statement by his Special Adviser on Media and Publicity, Mr. Femi Adesina, the President spoke during an interactive session he had in Malabo with Nigerians resident in Equatorial Guinea.

Buhari assured the Nigerians that he would not entertain any fear in his quest to rid the nation of corruption by bringing those who compromised their positions to book.

“We will be merciless and relentless in pursuing all those who abused public trust. Nigerians will see how some of the elite conspired to run the nation down,” the President said.

He also condemned recent political violence in Rivers State, saying the killing of people over political differences was primitive, barbaric and unacceptable.

He promised to deal decisively with those responsible for the development.

“We will deal decisively with all sponsors of violence. I have given the security services clear directives in this regard.

“We will show that violence in any form will no longer be tolerated before, during or after elections,” he stated.

Buhari promised that the Independent National Electoral Commission would be encouraged to explore the possibility of Nigerians abroad participating in the 2019 general elections by casting their votes wherever they might reside.

He noted that some African countries had started allowing their citizens, resident abroad, to vote in national elections and Nigeria could not afford not to join them.

He identified with the desire of Nigerians in the Diaspora to vote in national elections, pledging that he would do all within his powers to fulfil that desire.

“I want all Nigerians to know that I respect them and their right to choose their leaders,” he said.

The President disclosed that establishing a new national airline was not currently on the Federal Government’s list of priorities.

He said his administration’s main area of focus was reducing the level of poverty.

Buhari said developing the infrastructure needed to boost production in all sectors of the economy and creating more jobs for young Nigerians, as well as other actions that would directly enhance the living conditions of ordinary Nigerians would continue to be prioritised by his administration.

He was responding to complaints by members of the Nigerian community about the absence of direct flights between Nigeria and Equatorial Guinea.