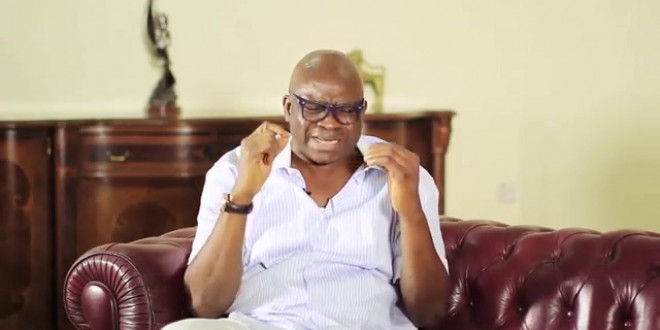 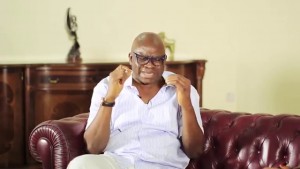 Ekiti State Governor, Mr Ayodele Fayose has urged President Mohammadu Buhari to pay more attention to security and economic issues affecting Nigeria, instead of focussing on those of other countries and persecuting perceived political enemies, describing the President’s condemnation of Sunday’s terrorist attack on the Grand Bassam Resort in Cote D’Ivoire as hypocritical and demonstration of insensitivity to the plight of Nigerians.

The governor, who described terror attacks anywhere in the world as condemnable, said; “If President Buhari could afford to pick his phone and call the Ivorian president, Alassane Ouattara, immediately after the attack, Nigerians must ask the President why he kept mute for days over the Fulani herdsmen massacre of over 300 Agatu people of Benue State, the Mile 12 Lagos killings and wanton destruction of properties among others.”

In a statement issued by his Special Assistant on Public Communications and New Media, Lere Olayinka, Governor Fayose said it was strange that President Buhari was more concerned with the killing of 16 people in Cote D’Ivoire than the Fulani herdsmen’s murder of over 300 citizens of Nigeria.

The governor said; “From all indications, our President has abandoned governance. The only thing going on in the minds of those running the affairs of this country in Abuja is how to entrench themselves in power by crushing anyone perceived as capable of hindering them.

“That is the reason they are using the Department of State Services (DSS) to harass and intimidate us here in Ekiti, under flimsy excuses like investigation members of the State House of Assembly for alleged forgery of tax certificates when the Ekiti State Government, which issued the certificates have not complained to the DSS that its tax certificates were forged by the lawmakers.

“That is also the reason the President keeps showing his anger against Nnamdi Kanu and his Indigenous Peoples of Biafra (IPOB) agitators while the same President has failed to approach the economy and insecurity, especially the Fulani herdsmen menace with the same level of anger.

“Even when their own Information Minister, Lai Mohammed has told Nigerians that the economy has gone out of the hands of the President, they keep using anti-corruption fight to persecute opposition elements both in the Peoples Democratic Party (PDP) and their own party, All Progressives Congress (APC), forgetting that fighting corruption is not a substitute for putting food on the table of Nigerians.

“The President must therefore be made to realise that Nigerians are  suffering, with price of foodstuffs skyrocketing. The economy is in comatose, Boko Haram and Fulani herdsmen are killing people. President Buhari must learn to begin to cry over Nigeria’s problems first before going to other countries to cry over their problems for them.”