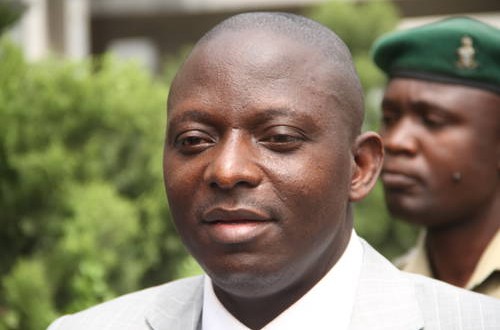 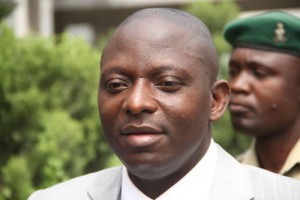 The on-going case of alleged N2.6 billion fraud against embattled former Director-General of the Nigerian Maritime Administration and Safety Agency (NIMASA), Mr. Patrick Akpobolokemi, took a fresh twist during the week following more damning revelations by the manager of one of the banks allegedly used by him to defraud the agency.
The revelations were made by the Branch Manager of Zenith Bank, Bar Beach Branch, Victoria Island, Rita Ifeadi,  while testifying at a Federal High Court holding in Lagos, venue of Akobolokemi’s trial.

During cross examination by Counsels, Ifeadi told the court how Akpobolokemi and other senior staff of the agency currently facing trial allegedly opened some bank accounts through which the monies were transferred for personal use.
She narrated how some bank accounts in the name of some contractors of the agency were operated by some of its staff, only to be used to transfer hundreds of millions of naira to other personal accounts.
Ifeadi in her testimony in the court said though she opened the accounts, she never saw the signatories.
She disclosed that she had gone to NIMASA to look for deposits when she met the Executive Director, Maritime Safety and Shipping Development, Captain Ezekiel Agaba.
According to her, Agaba had told her the agency wanted to open account for a committee on the International Ship and Port Facility Security (ISPS) Code implementation.
She said that on opening of the account, the sum of N1.2billion was paid into the ISPS code account from NIMASA’s account.
Agaba later told the branch manager to open another account for Aruward Consulting Services in her branch.
This was followed by another account in the names of Philip Enuesike and Ima Udo, which cheque book was collected by Agaba’s persona aide, Nwakuche who later withdrew N3m cash from Aruward’s account. He also later requested for a transfer of N4million from the account.
Another N70million was also transferred to Codes Oil and Gas, and N72million transferred to Gidado BDC.
She told the court that the Aruward account was being operated by Ekene Nwakuche and Governor Juan. Both agreed they operated the account.
Another account was also opened in the name of Extreme Vertex Limited, with another staff, Chukwuemeka Onuoha serving as the signatory.
Hundreds of millions of naira was paid from the Aruward account, including N11million to Juan, N10million to Al-Kenzo Logistics, N100million Kofa Fada Nigeria Limited, a bureau de change, N85million to others.
Ifeadi disclosed that another account for Southern Offshore Limited, which has Phillip Okolo and Uche Obilor as signatories, was paid N212.6million, N189.7million between February March 2014.
Akpobolokemi, Agaba, Ekene Nwakuche,  Governor Juan, Blockz and Stonz Limited, Kenzo Logistics Limited and Al-Kenzo Logistic Limited are currently standing trial in case of N2, 658,957,666 fraud between 2013 and May 2015 brought against them by the EFCC.
Post Views: 0