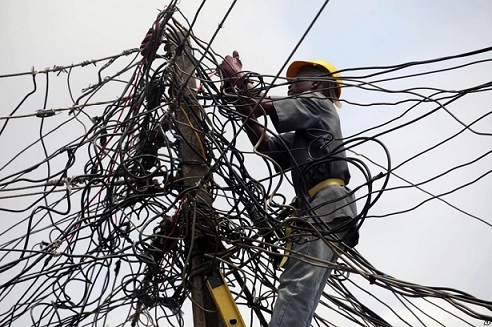 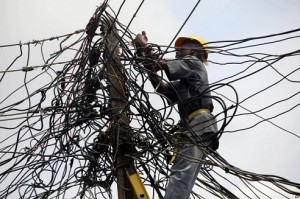 Business came to a halt at the Ikeja Electricity Distribution Company on Tuesday as the Nigeria Labour Congress (NLC), barricaded its entrance in protest against the sack of 400 workers.

The six business units of the company were shut to customers.

It was also observed that customers who came to make payment were not allowed into the premises while workers loitered.

A representative of NLC, Mr Francis Andrew told reporters that they decided to barricade the premises pending the recall of all sacked workers.

“Due notice was given to the management to recall the sacked workers but they refused to yield to it.The national industrial action may be the last resort if they refused to reinstate the affected workers’’, he said.

Head of Corporate Communications of the Company, Mr Felix Ofulue, said the company did not sack any worker.

“I decided to leave by noon because there were no activities going on at the headquarters and not because the union had barricaded the place.We did not sack any worker; it is every company’s policy to conduct appraisal for its workers. Some may have fallen below expected performance in their appraisals.

“The affected workers are not up to 400 as claimed by labour unions. Where did they get the figure? The company recently employed about 200 employees as part of its re-positioning, he ” said.

He noted that in the last few months, the company scaled-up the metering programme to meet the expectations of customers and further reduce the agitation on estimated billing. It has also achieved significant strides in human capital development which is critical to the repositioning programme.

“As part of the strategic initiatives, the company also embarked on a re-engineering and aligning its structure with its operating model and optimising human capital capacity for better efficiency’’, he added.

The Ikeja Electricity Distribution Company incurred the wrath of the NLC over the sack of 400 workers, including the National Union of Electricity Employees’s (NUEE) Deputy President.

The Senior Staff Association of Electricity and Allied Companies and Nigeria Union of Petroleum and Natural Gas Workers, had issued a seven-day ultimatum to the company to recall the workers unconditionally or face industrial action