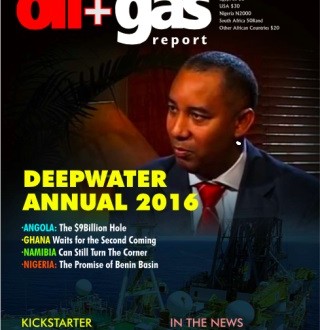 Petroleum industry watchers in Nigeria have been wondering whether the Petroleum Industry Bill (PIB) that has been in the works for almost a decade would eventually be junked. Information emerging from those who should know suggest the PIB, much resisted by transnational oil companies operating in Nigeria, would now come in four separate and perhaps palatable bits

Signals coming form the Petroleum Resources Ministry suggest that the primary concern of the ministry is the business part of the entire petroleum industry architecture. Indeed, a version of the first Bill in circulation (The Governance and Institutional Framework for Oil and Gas) is not at all concerned with the environment. It mentions gas flaring just once and this in the same breath with fracking! Could the Ministry thinking of embarking on fracking while gas flaring goes on unabated?

That same version of the first Bill has no mention or reference to communities in which oil and gas activities are being carried out.But then, its focus is governance, not environment and not communities.

It does appear that none of the four pieces of law will have any focus on environmental or community health concerns.

According to a report in the January 2016 edition of the Africa Oil & Gas Report, “The Governance and Institutional Framework for Oil and Gas is the first of four proposed bills that will be sent to Nigeria’s bicameral house of legislature: The National Assembly, for passage by the Muhammadu Buhari administration.” It is speculated that four versions of the draft of the first Bill is currently in circulation at the National Assembly. This seems to be in sync with the spirit of the comatose PIB.

Africa Oil & Gas Report suggests that the breaking the PIB into four different legislations may be part of the learning from the inability to pass an oil and gas reform law by the last two governments.

It does appear that none of the four pieces of law will have any focus on environmental or community health concerns. Information suggests that the second bill after the ‘Governance and Institutional Framework’ Bill will be the Fiscal Reform Bill, that will focus on fiscal issues in the industry. The third bill will be concerned with Licencing Rounds, while the last legislative bill regulating the petroleum industry will be the ‘Revenue Allocation and Management‘ Bill. Africa Oil & Gas quotes a source as saying that “Part of what the last bill will propose is what will go to the communities, in terms of percentages.”

It is indeed essential that communities receive due payments for the massive cash milked from their environment, it will be unwise to imagine that environmental concerns can be buried under a whiff of cash, no matter how sweet the smell. While the draughtsmen are at work, it will be essential for them to pay in-depth attention to halting gas flaring and the dumping of toxic wastes in the environment. They should also block the loopholes that allow oil companies to casually blame most oil spill incidents on the victims of their dastardly environmental misbehaviour.