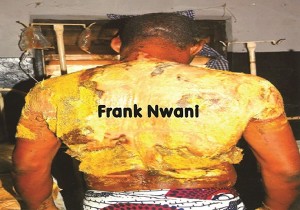 Housewife Bathes Husband With Hot Water For Denying Her Sex

March 5, 2016 Comments Off on Housewife Bathes Husband With Hot Water For Denying Her Sex 24 Views 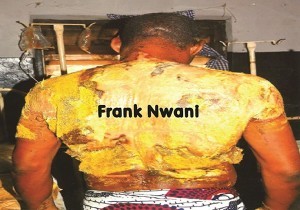 An aggrieved housewife, Awele Nwani, 35, has allegedly bathed her husband, Frank Nwani, with hot water, claiming that her hubby denied her sex for three weeks.

The mother of six children, now on the run, also alleged that her husband had been having sexual affairs outside and threatened to make life unbearable for him.

But the victim (husband) dismissed her wife’s claim as untrue, saying his wife had been sleeping around.

He said, “My wife has been sleeping around, hence I stopped sleeping with her for three weeks. It is a taboo in my tribe and she violates the laws.”

Frank stressed that his attempts to stop her illicit affairs outside proved abortive when he took the decision to starve her of sex.

Trouble started last Thursday when the victim returned from a visit to a friend’s house during nightfall and in his usual jokes, called his wife a lazy woman, leaving her in wide anger as she fired back to call the husband a wizard.

Sources said while their quarrel lasted, the woman disguised to have put the quarrel behind her, dashed to the kitchen where she allegedly boiled water and unknown to the husband who was relaxing in the parlour, bathed him with the water and disappeared.

Police officers at the Ibusa Police Division, who did not want their names in the print, confirmed that the woman disappeared with the sum of N200,000 being daily contributions the husband received and kept in her custody.

The police said they were on the trail of the suspect while the victim is said to be receiving treatment in a private hospital.