Breaking News
Home / News / You Are Empty, Go and Amend Your Ways With Your Ex-Wife, Concubines, Oshiomole Tells Melaye 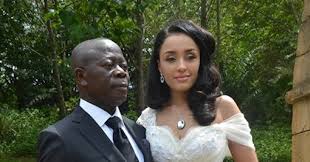 You Are Empty, Go and Amend Your Ways With Your Ex-Wife, Concubines, Oshiomole Tells Melaye

March 4, 2016 Comments Off on You Are Empty, Go and Amend Your Ways With Your Ex-Wife, Concubines, Oshiomole Tells Melaye 54 Views 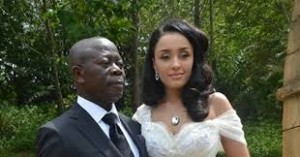 Governor of Edo State, Adams Oshiomole,has condemned the verbal assault by Dino Melaye over his recent comment on his matrimonial life despite failing to keep a decent one. On Wednesday while making his contribution to the debate on a motion regarding the need for Nigerians to patronise made-in-Nigeria goods, Melaye had said:

“It’s beyond having one made-in-Nigeria attire and you have over 70 Tom Fords and Louis Vuittons in your wardrobe. We must reduce the allocation for made-in-Nigeria goods and services to the basics. “What are those factors militating against the production of these goods? We must tackle them. We must also begin to look at our legislation then we will begin to talk about made-in-Nigeria goods.

“We will also move in order to encourage the made-in-Nigeria products in Nigeria, begin to talk about made-in-Nigeria women. Apologies to my uncle, the governor of Edo state, we must, as a people, stop paying dowry in dollars and pounds. It is time for my colleagues here to become born again.” Displeased with the comments, Oshimohole replied on Friday, saying Melaye

“only displayed his hollowness” by delving into a matter as private as his marriage to his heartthrob. “Our attention has been drawn to the unprovoked verbal assault launched by one Senator Dino Melaye on the Governor of Edo State, Comrade Adams Oshiomhole, while making a contribution on the floor of the Senate on the need to patronize made-in-Nigeria goods,” Oshiomhole said in a statement by Peter Okhiria, his chief press secretary. “As a ‘nephew’ of the Governor and members of the same party, we expected Senator Melaye to tender an unreserved public apology to the Comrade Governor, to no avail.

“It is an open secret that Senator Melaye cannot maintain a decent matrimonial home hence he could descend to this pedestrian level of using the hallowed chambers to ‘cargorise’ women as if they were pieces of items for purchase. Any responsible individual that is truly worth to be called a Senator, a position that convokes respect, decorum and decent public conduct, should know the limits of his verbal diarrhoea.

“The liberty of free speech guaranteed in the hallowed chambers does not impose lunacy on anyone to disparage other Nigerians, let alone pry into their matrimony in a very derisive manner. We had intended to ignore this uncomplimentary comment as one of the several empty displays of the Senator, but the fact that it tends to reduce women to pieces of tissue calls for this response.

“As we probed into Dino Melaye’s humanity, we were reminded that he is a man known for his vainglorious rodomontade and the childish display of his ostentatious lifestyle complements his love for foreign items. Many of such euro-centric mentality he has persistently displayed on social media, to underscore his materialistic eccentricity, hence his dialectical opposition to made-in-Nigeria goods.

“But an attempt at making women wear the garb of goods to be picked off the shelves was to take the issue to a ridiculous and irresponsible level. By delving into the private affair and marriage of the Comrade Governor, Senator Melaye has exposed himself as a simpleton and a court jester whose words and tactlessness cannot be taken seriously by matured people.

“We advise that Melaye should mend his ways with his ex-wife and concubines before coming to the village square to display his crass ignorance and emptiness to the Nigerian people.

“If he has anything to offer, Dino Melaye should concentrate on making good laws for the people of Nigeria rather than descend to a ridiculous level, thus displaying to the whole world his unworthiness to sit in the hallowed chambers of the Nigerian Senate.”