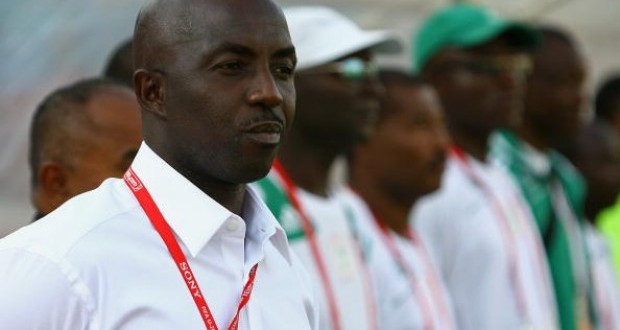 March 3, 2016 Comments Off on NFF Makes U Turn On Eagles Coaching Job, To Appoint Siasia As New permanent Manager 19 Views 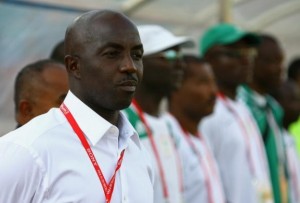 Super Eagles interim coach, Samson Siasia has a chance of becoming the chief coach of the team if he leads Nigeria to qualify for the Africa Cup of Nations ahead of the Pharaohs of Egypt who lead a qualifying pool that also has Tanzania and Chad with six points from two matches, two points ahead of Nigeria.

This cheery news was confirmed yesterday by the chairman of the Technical and Development Committee of the Nigeria Football Federation, Barrister Chris Green who said that the elevation would put paid to the news that Nigeria would no longer employ indigenous coaches for the senior national team.

‘’Yes, it is true. We have no choice than to elevate him to the position of chief coach of the Eagles’’, Barrister Green who, together with Barrister Seyi Akinwunmi launched “Operation beat Egypt’’  on Tuesday said.

‘’We need total concentration and support to the coaching crew and the players to make this Operation successful’’, Green noted. Stories earlier credited to President Amaju Pinnick that Nigeria had come to the end of employing indigenous coaches for the Eagles has attracted total condemnation and this U-turn may be in line to steady the ship and bring peace to reign in the football house after the sudden resignation of Sunday Oliseh.

And to show how titanic the battle of Kaduna would be, Egypt also threatened to sack Argentine coach of the Pharaohs, Hector Cuper, if he fails to beat Nigeria in the double header and qualify Egypt.

“Cuper has been given a two-match ultimatum by the Egyptian Football Association. He has been told to beat Nigeria and ensure Egypt qualify for Gabon 2017 or face dismissal,’’ a source said Tuesday.

Coach Samson Siasia is expected to announce his list of players invited for the match against Egypt today after submitting it to the Technical and Development Committee of the NFF.