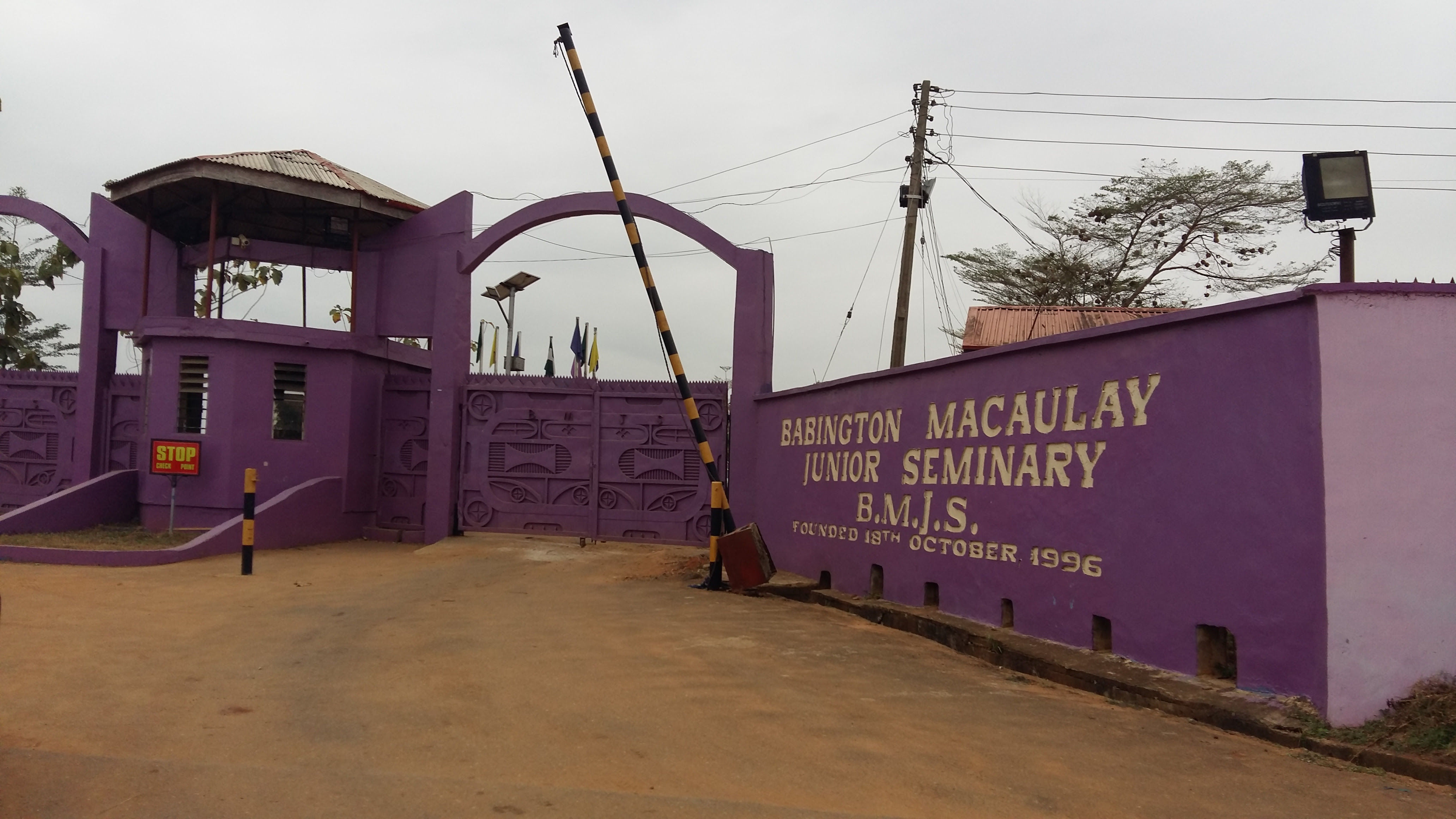 The abductors of   the three girls of  Babington Macaulay Junior Seminary (BMJS) have demanded N200 million as ransom.

Timilehin Olisa, Tofunmi Popoolaniyan and Deborah Akinayo, all SS2 students were whisked away at about 9:30pm on Monday from their classroom while they were having prep.

Timilehin, it was learnt is the daughter of the State’s Anglican School Management Board.

It was learnt that the kidnappers contacted the father of one of the girls on Tuesday, demanding N200 million in exchange of the three students.

They were said to have gotten the number of the man they contacted from his daughter, and allegedly made it known that their target was the school.

It was learnt that the criminals’ first call to the man was ended abruptly and they called him again to pass their massage.

This development was said to have provoked an emergency meeting between the school’s management, victims’ parents and security agencies led by the Police Commissioner Fatai Owoseni, which lasted till the early hours of Wednesday.

Three other meetings were held between 11am and 4:15pm with the school authorities, the combat squads and heads of intelligence agencies.

However, it could not be ascertained if the school would negotiate with the kidnappers, although they were expecting their call at the time of filing this report.

Meanwhile our sources  learnt that security agencies have been completely surrounded the school.

It was gathered that the suspects’ location have been identified and several crack teams of military personnel, police and DSS and the local vigilante group known as ‘Oyabo’ have been deployed into their hideout.

It was also learnt that the criminals were still within Lagos and shocked to a corner.

It was learnt that the parents and teachers have intensified prayers for the release of the girls, just as academic activities did not start until past 10am.

As at 4pm, normalcy has however returned to the premises, save for the heavy presence of security men around the administrative block and outside the school gate.
Some parents who spoke on condition of anonymity blamed the management of the school for lack of adequate security.

They said on various occasions, the school management was advised to raise the school fence at the School of Science and Technology, but their suggestion was ignored.

But the school principal, Venerable Olaoluwa Adeyemi who looked very disturbed vented his anger on reporters whom he accused of sabotaging rescue efforts.

CP Owoseni also put forward the same line of argument, telling journalists who were within the premises to go as information will be communicated to them in due time.

Adeyemi exploded after several pressures from reporters on him to comment on the issue.

He said: “The girls have not been found till this moment and why do you want me to start addressing the press? Is that the only job we are going to do all day? People are busy searching for the girls while you are busy asking questions.

“You cannot keep disturbing us here all you need do is to join us in prayers. Honestly, you people are not helping matters. Infact, you’re adding to the problem by disturbing what people could have done at the right time.

“The Deputy governor was here and we recounted the whole issue in her presence and the press men asked various questions. Both the Assistant Inspector-General of Police and Commissioner of Police has addressed the press but for everybody to be coming here as if this place is a pilgrimage area is not good enough.

“Let us respect people and the situation, let us look for solution but everybody just want something they will go out there and broadcast the wrong thing even Channels Television did not report the right thing.”