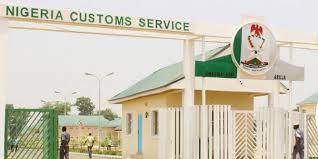 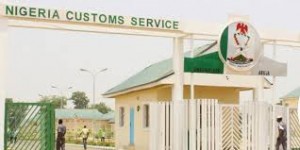 The Federal Ministry of Transport and the Nigeria Customs Service (NCS) is heading on a collision course with the potential consequences of disrupting the business of clearing and forwarding of goods at the nation’s seaports.

The cause of the looming crisis is the age-long controversy over which appropriate government agency should oversee the registration, regulation as well as the overall control of licensed customs agencies otherwise known as freight agents.

The controversy appeared laid to rest when government in July 2010, established the Council for the Registration of Freight Forwarders in Nigeria (CRFFN), with a mandate to take charge of the activities of the multiple but fictionalized associations of freight forwarders who operate in the country.

Going by the Act No. 16 of 2007 which sets up CRFFN, the council is expected to regulate and control the practice of freight forwarding and promote the highest standard of competence, practice and conduct among practitioners, ensuring professionalism and best ethical practice.

Although the Act makes it mandatory for all corporate bodies, associations and individuals who are engaged in the clearing and forwarding practice to register with CRFFN, not much has been achieved by the council due to open agitations by some freight forwarding splinter groups, which culminated in series of litigations.

There was also the factor of the Nigeria Customs which allegedly made clandestine moves to frustrate the effectiveness of the Council based on assumptions that ports being “Customs Ports” with clearing agents also known as “Customs agents” being the main operators in the sub sector, the ultimate powers of ‘ registration, regulation and control’ should be left with the Customs Service.

The controversy was however reenacted during the week by the Minister of Transport and Aviation, Mr. Rotimi Amaechi, who lashed out at some clearing associations and organizations which had refused to subject themselves to the control of CRFFN.

The Minister who was guest at a stakeholders’ event which took place at the Rockview Hotel in Apapa, Thursday, openly berated the ‘recalcitrant’ agents and associations, warning that they may risk cancellation of their operating licenses if they fail to regularize their registration with CRFFN within two weeks.

Amaechi further chastised the Customs Service which he accused of usurping the functions of the CRFFN in that regard saying it was not in the capacity of the Nigeria customs to register customs brokers and that such move was tantamount to breaking of law.

The Minister further ordered the splinter freight forwarding associations as a matter of urgency to resolve their differences with the Council for the Regulation of Freight Forwarding in Nigeria (CRFFN) or risk being proscribed.
According to him, the ministry of transportation and the Customs Comptroller General has both agreed to meet, saying that he may need to instruct the CRFFN to commence fresh registration
of practitioners.

“Let me talk to the customs practitioners, there is a law that you people are breaking and that law has to do with an agency in my ministry” “I have met with the Comptroller General of Customs and we are starting a fresh registration of all customs agents and the requirement will be to go and register with the (CRFFN) before you can became a customs agent.

“Myself and the CGC have agreed to meet and all I will tell him is to go and announce to customs agents to go and start fresh registration because they must comply with the law”, he added.

Speaking on the growth of the maritime industry, the minister said that the maritime sector is largely private sector driven with government providing the appropriate policy and regulatory
framework.

He however reiterated the ministry’s commitment to partner with the National Assembly to ensure that the four bills pending before the upper and lower chambers were passed into law and implemented accordingly.

The minister added that “the present administration is committed to discourage the long haulage of containers through the highway”, hence the Railway sector must be revisited to ensure service delivery.

“The gridlock constantly experienced by trucks and motorist going to and from the road to Nigerian ports is unacceptable” he said.