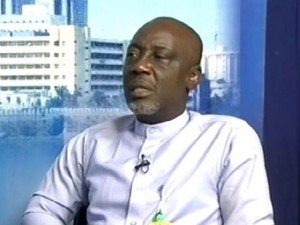 The Economic and Financial Crimes Commission says it is set to arraign the immediate past Minister of Interior, Mr. Abba Moro, for allegedly defrauding graduate applicants of N676,675,000 during the 2014 Nigeria Immigration Service recruitment during which about 20 job seekers lost their lives.

The EFCC  in a statement issued by its Head of Media and Publicity, Mr. Wilson Uwujaren, Tuesday, that a breakdown of the money implied that N1,000 was allegedly extorted from each applicant through e-payment for the online application.

To this end, the EFCC will arraign Moro on 11 counts bordering on obtaining money by false pretences, procurement fraud and money laundering.

Also to be arraigned alongside the ex-minister are Anastasia Nwobia, F.O. Alayebami and Drexel Tech Nigeria Limited.

Contrary to earlier reports, the Permanent Secretary of the Ministry of Works and Housing, Abubakar Magaji, was not arrested by the EFCC. Rather, the permanent secretary picked up by the EFCC on Monday was Nwobia.

The accused persons were alleged to have contravened the Public Procurement Act No. 65 of 2007 in the contract awards by not following the necessary procedure laid down by the government.

The commission added that there was no budgetary provision for the exercise in the 2014 federal budget, hence, the applicants were made to bear the responsibility of funding the project without the approval of the board, contrary to Section 22(5) of the Independent Corrupt Practices and other Related Offences Commission Act, 2000.

The statement reads in part, “Barring any last-minute change, former Minister of the Interior, Abba Moro, is to be arraigned on 11 counts bordering on obtaining money by false pretences, procurement fraud and money laundering.

“Moro, Anastasia Nwobia, F.O. Alayebami and Mahmood Ahmadu (at large) and Drexel Tech Nigeria Ltd allegedly defrauded Nigerian applicants to the tune of N676,675,000 representing N1,000 per applicant through e-payment for their online recruitment exercise into the Nigeria Immigration Service on March 17, 2013.

“The contract was awarded through selective tendering procedure by invitation of four firms without seeking approval of the Bureau for Public Procurement contrary to sections 40, 42 and 43 of the Public Procurement Act, No. 65 of 2007 and punishable under Section 58 of the same act.

“Drexel Tech Global Nigeria Limited, the company that provided the online enlistment and recruitment services, is said to be unregistered and had no legal capacity to enter into the said contract.”

According to the EFCC, out of the N676m, one of the accused persons, Mahmood Ahmadu, who is at large, lavished over N423m in connivance with Drexel Tech Nigeria Limited.

Explaining how the money was spent, the commission said, “The sum of N202,500,000 was spent on purchase of a property in a choice area of the Federal Capital Territory; N120,100,000 was used in upgrading a property in Abuja, while a total of N101,200,000 was converted to United States dollars for personal use.”

The suit, FHC/ABJ/CR/42/2016, was endorsed by a director in the commission’s Legal Department, Aliyu Yusuf,

Apart from the charges of obtaining money by false pretences, the ex-minister and others were also accused of breaching the Public Procurement Act with the manner they went about the recruitment contract allegedly awarded to Drexel.

Meanwhile, the conduct of the recruitment test in March, 2014, led to the death of no fewer than 20 applicants while many others were injured in stampedes in Abuja, Port Harcourt and Minna.

There was no indication on Tuesday if the case had been assigned to a judge, it was learnt that the defendants might be arraigned on Wednesday