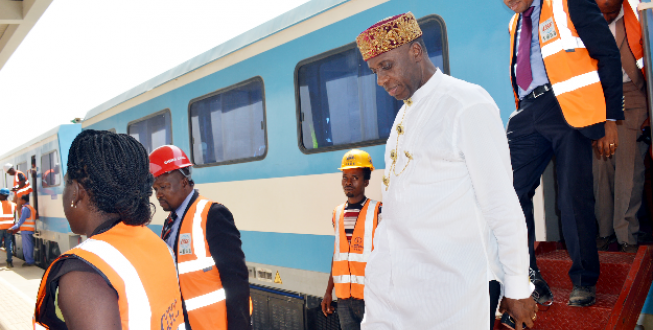 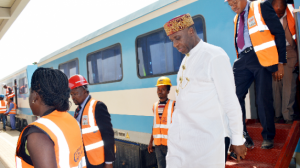 The Minister of Transportation, Mr Rotimi Amaechi, Friday, that the Lagos-Kano Rail project would be completed in the next two years.

Amaechi, who said this while inspecting the Abuja-Kaduna rail project in Kaduna, added that it would generate employment for 250,000 Nigerians.

He said the ongoing rail project from Lagos-Kano and Lagos-Calabar would generate more employment than the Abuja-Kaduna rail modernisation project.

He further stated that a training institute would be established by the Chinese company to train Nigerians on operations, maintenance and communication.

The Minister added that  the Lagos-Kano and Lagos-Calabar rail project, we expect to generate like 250,000 employment opportunities from both formal  employment and informal employment.

Ameachi Said “We are negotiating with General Electric in America to construct a narrow gauge from Lagos to Kano and they cannot run that without training Nigerians”.

“If the communication system goes down how do we revive it, so they would also teach Nigerians how to maintain it.

If we want to replace it, how do we replace it, so the key thing is transfer of technology and that will be the focus of the ministry.’’

He said government would ensure that the rail service was affordable for the masses.