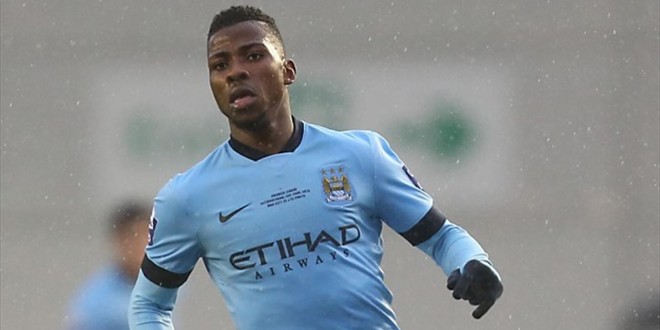 I Begged For Money To Watch English Premiership Matches- Iheanacho

February 20, 2016 Comments Off on I Begged For Money To Watch English Premiership Matches- Iheanacho 46 Views 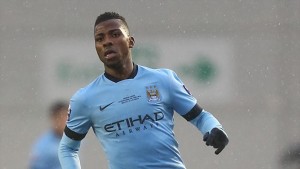 Manchester City star Kelechi Iheanacho has revealed how he used to beg to watch Premier League games at viewing centres in Nigeria when he was still a little kid.

Iheanacho said things were so bad his family could not afford a television set.

“We didn’t have the money,” he told the Daily Mail. “Maybe after the game I’d hear the scores and all that. I’d be at home playing football and my friends would come back after being there to tell me. We didn’t have a television at home.

He revealed the hardship his family went through when he lost his mother.

“It was hard for us when my mother left us. We couldn’t do anything so I said to myself “move on and keep working hard.”

“She makes me work harder. When I’m not doing something right, or when I’m not playing or working hard enough, then I remember her. She pushed me to work hard.

“There are jobs (back home) but football has always been with me. When I was growing up they didn’t want me to do it because my mother was a teacher- they wanted me to go to school. But I love football and wanted to play – they wanted to stop me but couldn’t.

“They wouldn’t allow me to play outside after school but I went out anyway. Maybe I lost a bit of focus om my studies.

“It’s amazing when you go back home now, when you remember how you were before. You go back home and all those people are calling your name, shouting. I get mobbed by the kids. They want to see you want to know you.”

He stated that he never thought of getting the chance to play in City’s first team.

“I support Barcelona because I watched the Spanish league. I saw Yaya (Toure) playing for Barcelona… And now I’m playing with him. It’s a dream come true.

“I have to be my own man but he is a big influence in Africa. He has done a lot in Africa and I hope to do that as well.

“I wasn’t expecting that. I was working with the EDS (Elite Development Squad). He (Manuel Pellegrini) said I was going with them to Australia in pre-season and after we came back I was in the first team. I was a bit surprised.

“You feel a bit nervous, these are great players. It’s important to listen.

“I’m happy playing with them now and they give me confidence to play, they encourage me a lot. That doesn’t mean I’ll disrespect them or feel I’m one of them now. I wouldn’t just do anything I like – I’ve got to keep my head down, keep working hard.”