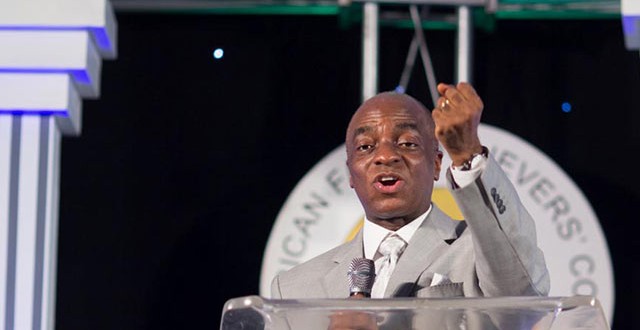 Oyedepo: Udom’s Victory Is The Triumph of Light Over Darkness

February 10, 2016 Comments Off on Oyedepo: Udom’s Victory Is The Triumph of Light Over Darkness 33 Views 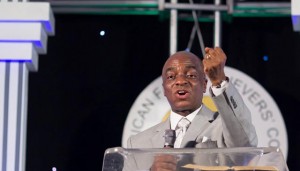 David Oyedpo, founder and presiding bishop of Living Faith Church World Wide, also known as Winners’ Chapel, says the supreme court validation of the election of Udom Emmanuel, governor of Akwa Ibom state, is the triumph of “light over darkness”.

Speaking on Wednesday at Uyo, capital of Akwa Ibom, during an interdenominational thanksgiving service held in honour of the governor, Oyedepo said it was the supreme hand of God that made it possible for the apex court to rule in Udom’s favour.

“We are celebrating the victory of light over darkness. What we are celebrating here is the supreme hand of God in the affairs of men. And I also want to say it is important to know why we need to do this. Thanks giving is a debt we owe for every act of God we experience,”

he said. “I want to acknowledge the privilege to be here to share the word of God and also acknowledge at the same time all our governors, past and present, who are here and all top government functionaries who are in this service. “Let me congratulate the chief host of this special interdenominational thanks giving service our own governor who has demonstrated gratitude to God since this service began by dancing and singing and celebrating the faithfulness of God.

“I thank God for the chief host for putting this service together to acknowledge the divine intervention in this state.” The service was attended by Governors Ayo Fayose of Ekiti, Ifeanyi Ugwuanyi of Enugu,  Nyesom Wike of Rivers, Okezie Ikpeazu of Abia, and  Seriake Dickson of Bayelsa states.