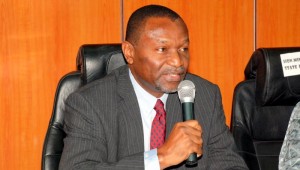 The Ministry of Budget and National Planning on Tuesday admitted that there were errors in the 2016 Budget, blaming the development on the adoption of the Zero-Based Budgeting System.

The ministry stated this in a statement by the Director of Information in the ministry, Mr. Charles Dafe.

It explained that while the budget, which was presented to the National Assembly by President Muhammadu Buhari was well structured and targeted at reviving the economy, those responsible for budgeting at the various ministries, departments and agencies of government were still grappling with some of the technicalities used in the fiscal document.

It said the new Zero-Based Budgeting approach was still new to most of the agencies of the government as it was a far departure from the envelope system of budget.

The Zero-Based Budgeting approach is a system of budgeting that reverses the working process of traditional budgeting by ensuring that all expenses must be justified in the new period.

The approach is different from the now common envelope system in the civil service, which was introduced by the Federal Government in 2003 and works by providing each MDA with a maximum amount for its capital and recurrent needs for the fiscal year.

As the country moves away from the envelope system, Dafe, in the statement, said the ministry would improve on the competency of the ZBB.

The statement read in part, “The proposals have received general commendation. However,   the   details   were   developed   using   the   Zero-Based Budget and is a new concept to our Budget Officers away from our traditional envelop process.

“The members of staff in the Ministry of Budget and National Planning as well as   those   handling   budget   issues   in   all   ministries   and   extra-ministerial   agencies   are   grappling   to   master   the technicalities in the ZBB template.

“As such therefore, some errors are not unexpected in the changeover to the   new   ZBB   approach.

“This   was   the   reason   the   ministry arranged for the proposals to be placed on the website of the Ministry of Budget and National Planning to expose them to public scrutiny.”

While assuring Nigerians that the ministry would liaise with the National Assembly to address issues raised in the budget, the statement said the government would thoroughly investigate and sanction any one found to have been involved in any fraudulent activity as regards the budget.

It said, “The ministry assures the general public that it will   continue   to   liaise   with   the   relevant   committees   of   the National Assembly to address any issues that have arisen, or may arise.

“As we move forward, lessons are being learnt; the ministry’s experience   and   competency   on   ZBB   will   be   improved   and perfected upon.

“However, the ministry has zero tolerance for malfeasance and whenever   any   wrongdoing   is   alleged,   it   will   be   thoroughly investigated and sanctions will be applied.”