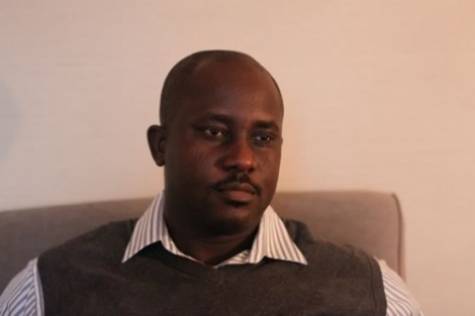 February 8, 2016 Comments Off on Still on Optics: Gulliver’s Gaffe in London 18 Views 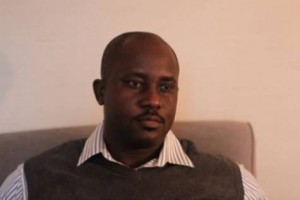 By Pius Adesanmi.
First things first: Gulliver’s herd will destroy Gulliver. They have learnt nothing, absolutely nothing, from Jona’s herd. At the risk of insulting the intelligence of their fellow citizens, they have adopted the creed of heroic infallibility which took Jona’s herd and their hero to perdition.
Everywhere Gulliver has been in his quest to go around the world in eighty days, he has had ghastly mouthographical accidents. Every error has been attributed by his herd to:
1) Nigerians – who just don’t understand.
2) His aides – who don’t know how to package him.
In essence, a septuagenarian is not old enough in the reckoning of a fanatical wing of his followers to be held singularly responsible and accountable for his actions and speech.
Well, I have bad news for them. Gulliver is exclusively and singularly responsible for the debacle of London. Stop blaming his aides. Stop blaming Nigerians for reacting to such a monumental gaffe.
It is silly to say that it is tough love.
It is silly to say that it is the hard truth (and it isn’t even true)
Listen, the world stage is never an occasion or a platform for a leader to upbraid and admonish his people. Any leader who has tough love and a harsh speech for his people must do so patriotically at home – in a domestic context and on an occasion which calls for such a national admonition.
When Obama, Cameron, Merkel, Putin, etc, mount world podiums to talk about their people and you hear speeches and interviews in which Americans, the British, Germans, Russians are elevated to the status of celestial angels, does Gulliver know the mountain of filth and criminality that these leaders pretend they do not know about?
On the world stage, Obama has never met or seen a single American criminal (it doesn’t exist); on the world stage, Gulliver has never encountered Nigerian industry, genius, innovation, and savvy. If he does not go to Mumbai and Tehran to scold Nigerian corruption, he goes to London to scold Nigerian criminality.
And to go and do it in London this time!
London?
Doing it in London is a terrible rub.
Blindness to the optics of history is a terrible thing o. And it is this same elite which killed history in our schools.
OK, Baba Gulliver, here is the deal. Everything that we, the postcolonized, do, especially in London, has unresolved ideological resonances and symbolic portents. When you come from Empire, London is a crime scene and London is the criminal.
London and her media are in no moral or ethical position to listen to your self-incriminating stories of criminality and absolve you like a Catholic priest taking confession.
We are still in what we call decolonial ideological warfare against such sites as London, ka nji ko? Do you hear me? There are ideological concessions you cannot go and make to the British on British soil.
Finally, when I wrote about the importance of optics in the field of culture and politics and the terrible consequences that could devolve from the war that one of your Ministers has been waging on optics for much of his political life, there was grumbling and unhappy gnashing of teeth among many of your fanatical supporters.
Now, take a very hard look at how that British tabloid, The Telegraph, headlined your interview.
It is called optics: how things are seen; how things are perceived; the gloss and the slant you place on things, etc.
Sahara Reporters reported that you are billed for a junket around the Middle East and the Arab world in March.
If this is true, safe journey. I don’t know what the definition of the Middle East and the Arab World is in the Villa. Maybe your trip will take you from North Africa and onward to the Arab world.
If this is the case and you get to Tunisia and Morocco and you hear that many of your people are in bush camps yonder, waiting for boats to ferry them to Spain or Italy after crossing the Sahara desert on camel back, do not call a press conference in Tunis to express your frustration with how the majority of Nigerians travel illegally to the West via the Sahara desert o.
When I left, I was invited by the French Government. I was awarded something called a Bourse Scientifique de Haut Niveau (High Level Federal Scholarship or something like that). My brother, Ramonu Sanusi, was also on that scholarship. It was actually written on our visas.
Throughout the summer of 1998, the French Embassy in Lagos treated Ramonu and I like some very special people. When we arrived in Charles de Gaulle in Paris in June 1998, French immigration started to treat us like VIPs once they saw Bourse Scientifique de haut Niveau in our visas. I had to double-check to make sure I was the one they were treating so importantly, In my mind, I was thinking, “a se mo pataki to yi!”
Three months into that scholarship in France, another prestigious scholarship landed and I headed out the the University of British Columbia, Vancouver, Canada.
I asked the administrators of the French scholarship what to do. They said I should write and formally resign from the scholarship. Ramonu also resigned from his and went on to the University of Oregon.
You see, Baba Gulliver, this is just one story among millions of Nigerian stories like this – when your people are invited or they win prestigious offers they can’t even use.
We are not all criminals.
Optics…