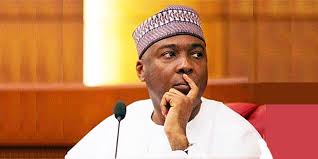 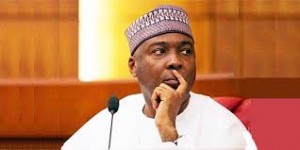 The supreme court has dismissed the appeal of Senate President Bukola Saraki seeking to stop his trial at the Code of Conduct Tribunal (CCT).

In the lead judgment taken by Justice Walter Samuel Onnoghen, the court held that the CCT was properly constituted to exercise jurisdiction over Saraki’s trial.

It also resolved the issue of whether the tribunal had jurisdiction to try criminal matters and issue bench warrants against Saraki. “I find no merit in the appeal, it is hereby dismissed,” the court ruled.

The court dismissed all grounds of Saraki’s appeal and upheld the judgment of the appeal court, stating that his trial must continue. The apex court had scheduled February 5 for judgment in the appeal of the senate president against the CCT. ‬

‪In November 2015, Mahmud Mohammed, chief justice of Nigeria, who led a panel of seven judges, announced the date after hearing the brief of the counsel to the plaintiff and the respondent. ‬‪

Making his argument, Joseph Daodu, Saraki’s lawyer, pegged his brief on three points. He argued that the CCT, in its trial of the senate president, was not properly constituted, and that the tribunal was not a court of competent criminal jurisdiction. ‬ “The CCT is just a disciplinary panel for public officers,” he had said. ‬

‪He also argued that the case against his client was not properly initiated owing to the absence of an attorney-general at the time. ‬ ‪But Rotimi Jacobs, counsel to the CCT, urged the apex court to dismiss Saraki’s appeal for lack of merit. ‪He argued that tribunal was properly constituted, as only two members were required to form a quorum to sit in judgment on a case.

He further argued that in the absence of the attorney-general of the federation, an officer in his office could initiate criminal proceedings against anyone as was in the case against the senate president. ‬

On November 12, 2015, the supreme court asked the CCT to stay proceedings in the trial of Saraki, pending the determination of the appeal before it.

‪In October 2015, Saraki approached the appeal court, asking it to quash his trial at the CCT. His request was also grounded in the argument that the CCT was not properly constituted, and that the tribunal lacked the power to try criminal matters.‎‎ ‪‎But on October 30, 2015, the appeal court dismissed Saraki’s argument that the CCT was not a court of competent jurisdiction to handle the criminal charges preferred against him. ‬

‪“The CCT is a court of criminal jurisdiction, albeit limited jurisdiction,” the court had held. ‬ ‬‪“The immediate question is whether it is a court or not. There is no inherent difference between a court and a tribunal. The only difference is that tribunals in most cases handle special cases.

The tribunal has power to impose sanctions according to the law. It is a court with specific criminal jurisdiction.” ‬ On November 5, 2015, Saraki’s lawyers walked out of the CCT courtroom after the tribunal ruled that the trial must continue despite the pending appeal at the supreme court.