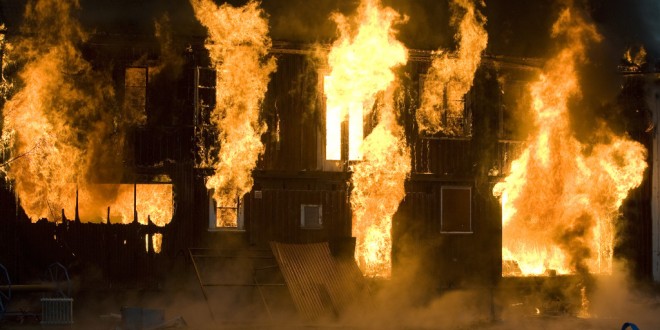 There palpable tension  in Benin City, Tuesday, after five houses were destroyed in an Explosion .

The incident which occurred a 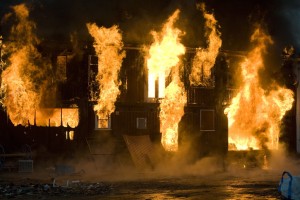 t about 3pm caused pandemonium  in the City, as it was rumored that the dreaded Boko Haram sect may have been responsible for the blast.  According to reports, residents of Zomi Zomi street, in Upper Sakpoba Road, took to their heels after the explosion.

A police source at the scene informed informed newsmen that, ” we learnt that the bungalow where the bomb was detonated was being used as a hide out by kidnappers some months ago. But a combined unit of soldiers and the police invaded the house and arrested the suspects.

“So recently, somebody hired the building and just this afternoon, decided to burn some papers in the compound. He set the papers on fire and went out to buy something. But immediately he left the bomb exploded. He never knew that the kidnappers left some bombs in the house”.

As the time of filling this report, Bomb Disposal experts from the Edo state police command have cordoned off the building and trying to ascertain if  there are more explosives in the building.

A resident of the building , named Emeka, was taken away by the police.