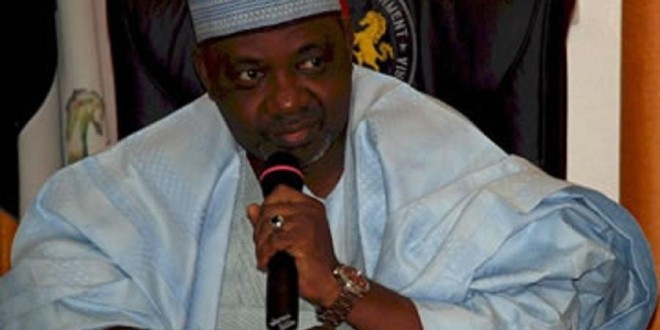 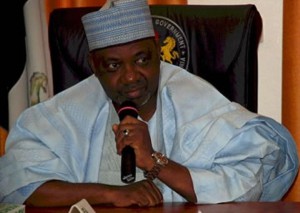 The Economic and Financial Crimes Commission has raided an office complex and houses in Abuja belonging to former Vice President Namadi Sambo.

According to news sources, the EFCC operatives raided the office complex, which is not far from the National Defence College along Herbert Macaulay Way, Abuja,Saturday afternoon.

Aside from being on the list of those to be probed for arms purchase, it was gathered that the former vice president is also being investigated for his role as the Chairman of the National Council on Privatisation in the former President Goodluck Jonathan administration.

Findings showed that the EFCC operatives carted away many documents from the office but did not arrest anybody.

It was learnt that the EFCC on Monday began an analysis of documents seized from the office of the former vice president.

According to an agent of the anti-graft agency, the operatives were on a mission to seize evidence that would likely be used against Sambo.

It was learnt that the documents carted away from Sambo’s office in files included banking transactions and inventory of properties within and outside Nigeria as well as copies of his asset declaration forms.

The source said the operatives had traced several properties believed to belong to Sambo to the United Kingdom and the United States apart from several others in the country.

One of our correspondents learnt that the investigation would get to a stage where the former vice president would be requested to make clarifications on the properties traced to him.

The source said, “Our operatives carried out a special operation at one of the offices of the former Vice President, Mr. Namadi Sambo, on Saturday.

“Most of the documents they took away have to do with banking operations and properties within and outside the country.

“Most of the properties they have traced so far are in the United Kingdom and the United States. Apart from those outside, there are also several houses within the country.

“The source explained that the former vice president could only be summoned for interrogation at the conclusion of the ongoing analysis of the documents they got from the office.

“One cannot say when or whether the man would be questioned or not. Naturally, that can only happen after those analysing the documents are through with their job. His roles in the arms deals and as the chairman of the National Council on Privatisation in the former President Goodluck Jonathan administration are being investigated.”

A source close to the former vice president, who spoke to one of our correspondents on Monday on the raid on Sambo’s office, said the EFCC operatives did not ‘‘find what they were looking for.’’

According to him, the operatives believed that they would get bags of dollars, which they did not find.

The source, who spoke on condition of anonymity, said the EFCC’s agents carted away copies of asset declaration forms, which the former vice president had submitted to the Code of Conduct Bureau.

Denying the involvement of the former vice-president in the arms purchase scam or any shady deals, he said, “We are confident that nothing negative will be found about the former vice president. They are on a wild goose chase.”

Efforts to get the spokesman for the EFCC, Wilson Uwujaren, had not succeeded as of the time of filing this report as calls to his mobile did not connect.

As the Chairman of the NCP, Sambo supervised the work of the Bureau of Public Enterprises.

The council approves enterprises that are to be sold or given out in concession. It approves the work schedule of BPE for the year and the list of companies that are shortlisted for bidding.

There was a report two weeks ago that Destra Investment, a company owned by the National Publicity Secretary of the Peoples Democratic Party, Chief Olisa Metuh, allegedly paid N25m to a former Special Assistant to Sambo, Abba Dabo, on December 16, 2014.