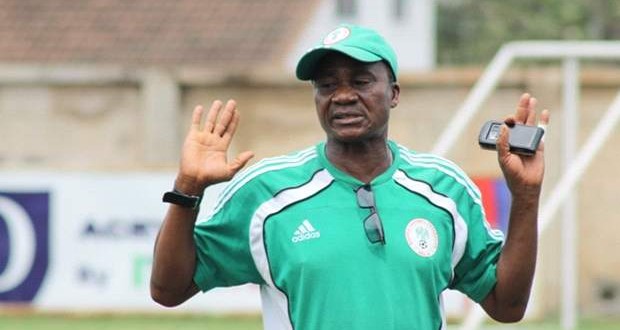 Shooting Stars Sports Club on Monday announced the appointment of  Former Nigerian international,Kadiri Ikhana as the new technical adviser of the club, Ikhana replaces Gbenga Ogunbote who has moved to Giwa FC.

Before his arrival at Shooting Stars, Ikhana parted ways with Nigeria Premier League’s Defending Champion,Enyimba of Aba,  after leading the club to their 7th  domestic title.

The Edo-born gaffer becomes the most successful coach in the domestic scene with three league titles, two with Enyimba and one with Kano Pillars.

General Manager of the club, Raheed Balogun, disclosed that the choice of Ikhana was hinged on the club’s ambition this term, saying Ikhana’s wealth of experience will drive their success ambition.

“Ikhana is a well known coach. He has experience of the domestic league and has proven track record.

“He did it at Enyimba and Kano Pillars and it is our expectation he can do same here,” Balogun said.

Ikhana in his response said that  he was delighted to join the fold of one of the pioneer clubs in the country and hoped to contribute his quota to return the club to success.

“I’m happy to be part of this club at this time,”3SC is one of the biggest clubs in Nigeria and Africa and it is my hope for us to return the club to its enviable position.”