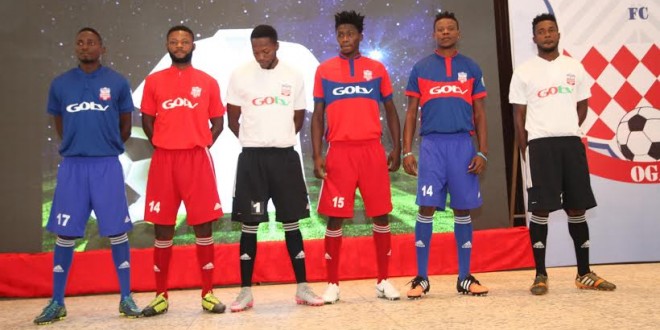 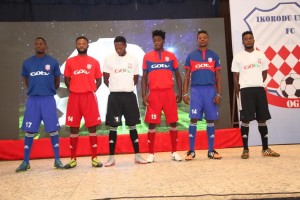 Newly promoted Nigeria Premier League side, Ikorodu United has promised to restore pride and glory back to the Lagos soccer scene with scintillating and consistent performances in the Globacom Premier League.

The Ikorodu based club made the promise during the unveiling of the Club kits for the 2016 Premier league season at the Ikorodu Town Hall. According to the Chairman of the club, Adewunmi Ogunsanya,“Ikorodu United is our testament,” he started, promising, “with Ikorodu United, Nigerians will return to the stands to watch local football. It is a wonderful platform we are giving to the people which will be run as a truly professional football club.”

Head coach of the team, Edema Benson, disclosed that the team is  aware of the challenge ahead of  them. ” I will say without equivocation that we are ready. This is our first season in the top flight but we are not scared of any team as big names don’t play football.”

He added that the big boys In the topflight should be ready for a shocker as they have big plan for them. “We want to replicate what Leicester City is doing in England here in Nigeria.”

The chairman, League Management Company, Shehu Dikko was represented by the founding chairman of the LMC, Honourable Nduka Irabor, said   “Ikorodu United is the closest to the model the LMC have been talking about.- a truly privately owned and run club.” He commended the management of the club of the superb management skills shown during pre season while urging them to sustain the momentum”

Ikorodu Utd will play their home matches at the Onikan Stadium