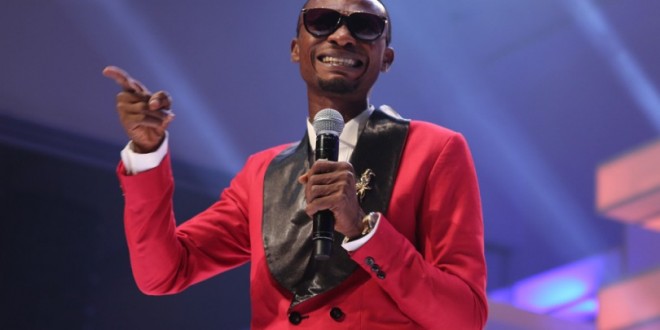 I Rejected American Scholarship For Comedy- I Go Dye

January 30, 2016 Comments Off on I Rejected American Scholarship For Comedy- I Go Dye 81 Views 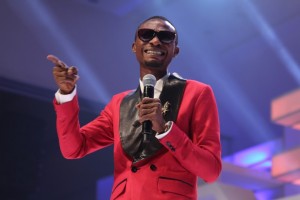 Comedian, Francis Agoda, popularly known by his stage name, I Go Dye,  has revealed  he once declined a scholarship to study Structural Engineering at the University of New York.

“I probably could have died by now if I decided to become a Structural Engineer,” he said jokingly.

Revealing a surprising aspect of his life many may not be aware of, I Go Dye said he was the zonal project manager of the Junior Engineering Technical Society, which gave him an opportunity to express some parts of his talents – building things.

He claimed he built a miniature helicopter, a hovercraft, a radio transmitter, and a battery table fan, which were the efforts that earned him the scholarship in 1992.

But I Go Dye does not regret his choice one bit.

He said, “Academic pursuit depends on personal interest. I am still acquiring knowledge on a daily basis. There is no limit to educational quest. The truth of the matter is that life is a choice. Until you do things you love, you cannot really be happy. Those things I built at the time are still part of my life today. But I chose comedy because that is where my love lies.

“I started building things at the young age of about 12. At a point, I was no longer really comfortable with that path of life.

“When I left the village and came to the city, I imagined how to make life easier for my people. At a point, I realised that my heart was in comedy and decided to tow that path.

“When I declined that scholarship, I had started becoming interested in having an impact on the lives of people. When I left the village, and got to the city, Comedy became a platform through which I could give hope to people. I am happy with the choice I made.

“I have now spent 20 years on stage. I was first featured on A Night of a Thousand Laugh in 2000 and I started doing variety shows when I was in Class Three in the secondary school. People only know you when you become successful. They don’t really know the roads you passed through until you tell stories like this.”