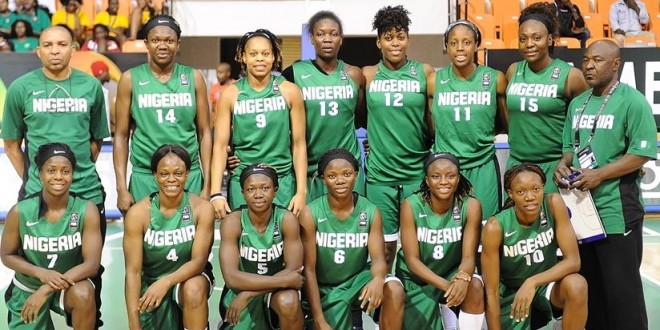 Nigeria’s women basketball coach, Scott Nnaji, has said his team is in a favourable group and stand a chance of qualifying for the Rio 2016 Olympics. His reaction follows the draw held by FIBA on Tuesday for the world qualifiers leading to the Olympics.

The draw for the qualifying tournament was done at the FIBA headquarters (House of Basketball) in Switzerland and the tournament will hold in Nantes, France, from June 13 to 19.

The D’Tigress, who finished third at the 2015 Africa Women Championship, are drawn in Group C along with Korea and Belarus. The other African country in the draw is Cameroon, who finished second at the African event. They are in Group B along with Turkey and Argentina.

According to Nnaji, the team will prepare and play well are well to get one of the Olympic tickets.

“The Koreans and the Belarusians are on the same level as we are. They finished third in their various continental championships just as we did. The group is open to everyone. Nigeria is not afraid of any of the teams at the competition,” he said.

“We are all seeking to qualify for the Olympics, so there is no need to be worried of any country. We will prepare well and work hard to make sure we get out of the group and get one of the tickets for the Olympics.”

The D’Tigress will play their first match on June 13 before playing Korea on June 14. Nnaji said he would meet with the Nigeria Basketball Federation to begin preparations in earnest for the competition.

Share
Previous Chan 2016: I Am Proud Of My Players-Oliseh
Next I am new PDP Chair- Gulak