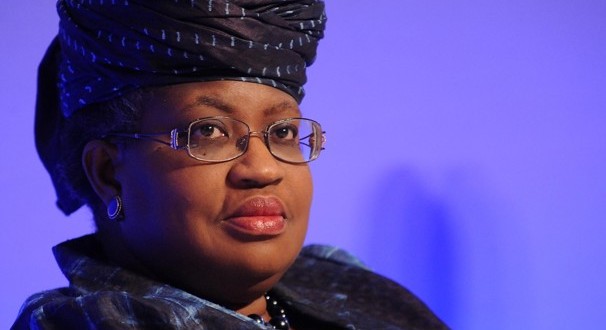 Okonjo Iweala To Falana : You Are Integrity Challenged Charlatan

January 26, 2016 Comments Off on Okonjo Iweala To Falana : You Are Integrity Challenged Charlatan 16 Views

She said Falana is not only integrity challenged charlatan but also does not have the knowledge of what the ICC is all about.

In a response letter signed by the former minister media aide, Paul C. Nwabuikwu said Falana’s letter show that he does not have any idea of what the mandate of the ICC is about.

“This misadventure shows that the so-called learned lawyer does not have any idea of what the mandate of the ICC is about.

“He has resorted to this action because his previous efforts to tarnish her name – through his discredited NGO, SERAP and petitions to the EFCC – failed because they were lacking in credibility.

“This latest effort to try to attach her name falsely confirms that Femi Falana is nothing but a tool of corrupt elements whose interests were hurt by the work Dr. Okonjo-Iweala did in fighting corruption while she was in office.

“These elements have now made a habit of making false allegations against Dr Okonjo-Iweala whenever she receives any national or international recognition for her work. The pattern is clear and Nigerians should be alert to it. But Dr Okonjo-Iweala will not be intimidated from going on with her life and performing her duties. She will not give in to cowardly and unmanly bullying.

“Falana’s latest attempt to implicate Dr Okonjo-Iweala falsely suggests that he is suffering from an ailment that may be described as Chronic Cerebral Amnesia (CCA) because he simply has no grasp of the facts.

Here are the facts:
FACT NO 1: OKONJO-IWEALA HAS NOTHING TO DO WITH THE $2.1 BILLION ARMS CONTROVERSY
Contrary to Falana’s lies, Dr. Okonjo-Iweala has absolutely nothing to do with the alleged misuse of $2.1billion by the office of the former National Security Adviser. Falana and his sponsors are simply trying to invent a connection where there is none.

The January 20, 2015 memo in which Dr Okonjo-Iweala sought and received the approval of former President Jonathan for the release of part of the newly returned Abacha funds to the NSA for purchase of arms is totally separate from the $2.1 billion issue.

The memo which is now in the public domain speaks for itself. The release of the resources was in response to an approval by the former President following a meeting chaired by him after a committee had considered the request.

The memo clearly documented Dr Okonjo-Iweala’s insistence that the proper procedure be followed, subject to appropriation and according to financial regulations. Dr. Okonjo-Iweala went further to state that the former NSA should account for the funds to the former President since she is not a member of the Security Council. The attempt to link Okonjo-Iweala to the $2.1billion issue is therefore dead on arrival.

FACT NO 2: OKONJO-IWEALA WAS NOT IN GOVERNMENT WHEN MOST OF THE ABACHA FUNDS WERE RECOVERED
Falana and his sponsors have claimed that billions of dollars of Abacha funds were recovered and that Dr Okonjo-Iweala should account for the recovered funds.

The fact is that some of the funds recovery was done under the regime of General Abdulsalami Abubakar and the first term of President Olusegun Obasanjo when Dr Okonjo-Iweala was not even in government.

During the time Dr Okonjo-Iweala was Finance Minister in the second Obasanjo administration, $500m was recovered. As documented by the Field Study conducted by the World Bank with the assistance of national and international NGOs, this amount was properly applied.

Falana’s insistence on the contrary shows how despicable he is and how he is ready to ignore facts and concoct a fiction in the service of his sponsors.

FACT 3: OKONJO-IWEALA LEFT STRONG LEGACIES AS A CHAMPION OF TRANSPARENCY AND THE FIGHT AGAINST CORRUPTION WHILE IN GOVERNMENT
It is on record that Dr. Okonjo-Iweala championed transparency and vigorously fought corruption during her two terms as Minister. Among other actions, starting from the second Obasanjo administration, she, for the first time in Nigeria’s history, published monthly revenue allocations to all tiers of government for Nigerians to see.

While serving in the Obasanjo administration, she requested the assistance of the World Bank and DFID, the UK’s development agency to build institutions and systems that could block leakages from the treasury. This work stalled after she left office in 2006. In August 2011 when she returned under the Jonathan government, with the assistance of the Ministry of Finance Team, she re-invigorated the establishment and use of the Integrated Personnel and Payroll Management Systems (IPPIS), the Government Integrated Financial Management System (GIFMIS) and the Treasury Single Account (TSA), all of which saved the country billions of naira by drastically reducing avenues for corruption in the public service. These facts are well documented in successive World Bank, DFID and IMF Article 4 Reports.

It is gratifying that the present government has adopted and is further building on these systems for the benefit of the country.

FACT NO 4: DR. OKONJO-IWEALA’S MOTHER WAS KIDNAPPED AND ALMOST KILLED BECAUSE OF THE FORMER MINISTER’S STANCE AGAINST CORRUPTION
Falana is callous beyond belief for ignoring a fact of recent Nigerian history: the kidnap of Professor Kamene Okonjo, the then 83 year old mother of Dr Okonjo-Iweala by agents of fuel subsidy fraudsters who were angry that the former Minister had blocked them from defrauding the country further.
The kidnappers had told the traumatised old woman that they were sent to punish Okonjo-Iweala for refusing to pay some oil marketers. It is on record with the State Security Services that the kidnappers initially demanded the resignation of Dr Okonjo-Iweala in return for the release of her mother. Thank God Professor Okonjo is still alive to tell her story today and she will not be silenced.

It is extremely insensitive and, in fact, inhumane for Falana and his sponsors to level false accusations against someone like Dr Okonjo-Iweala who went through this kind of searing personal ordeal for her principled fight against corruption.

CONCLUSION
Falana’s attempt to implicate Dr Okonjo-Iweala falsely is a disservice to law, justice and the image of the country. It is sad that a person who had earned some prominence as a human rights lawyer now tramples on the human rights of others as a political jobber.

He and his sponsors are engaged in nothing but media harassment, cyber bullying and intimidation against innocent persons like Dr Okonjo-Iweala for political and pecuniary gain. That is why Nigerians should not give in to Falana’s self-imposed Chronic Cerebral Amnesia (CCA).