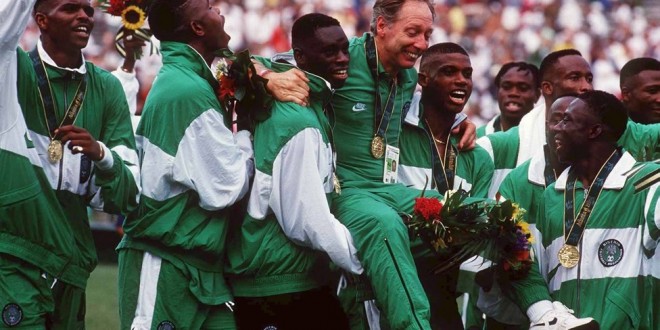 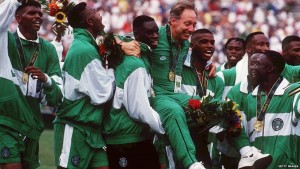 Football Day returns to Social Media Week Lagos for a second, pivotal year with a celebration of Nigeria’s greatest ever football achievement the Victory of Nigeria’s Under 23 team winning Olympic football gold.

This year marks the 20th anniversary of that defining moment for Nigerian football. In keeping with the #SMWLagos2016 theme of ‘The Networked African’ #SMWFootballDay 2016 will not only celebrate the stars of that stirring triumph, but will also explore how social media and technology can add value to Nigeria’s football networks of players, administrators, commercial partners and media.

Using the meta tags #WhenEaglesSoared and #Atlanta96Remembered, #SMWFootballDay2106 will drive conversation by tapping into the fans’ rembering that great moment and the social effect of that triumph,and honour the stars who made it happen by bringing them together for an #Atlanta96Remembered Reunion Match.

The game, between Atlanta 96 stars and Celebrity Lagos All Stars captained by comedian AY, will mark the opening event of #SMWFootballDay2016. Organised in partnership with Eko Football, the match will be played at Campos Mini Stadium on Sunday February 21, 2016. A Gala/Awards Nite to honour the stars at SS7 Lounge at VI later that night, will close out the day.

According to the chairman of the Social Media Week Lagos Board Obi Asika,”the Social Media Week Lagos is excited and honoured to celebrate these perennial Nigerian legends. The Atlanta 96 Eagles provided one of the biggest moments in African football, with several African countries declaring public holidays.”
The main sessions will take place at the Landmark Centre on 25 February, 2016 .Speakers at the sessions will include NFF President Amaju Pinnick, LMC Chairman Shehu Dikko, Chairman of the Lagos State Sports Commission Deji Tinubu, Lagos FA Chairman Seyi Akinwunmi, Super Eagles coach Sunday Oliseh and Africa’s first ever Women’s Player of the Year Mercy Akide-Udoh.