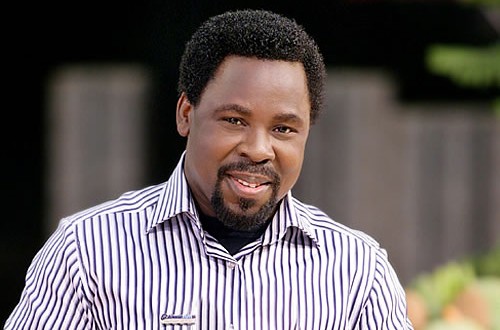 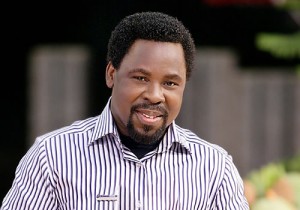 The Registered Trustees of the Synagogue Church Of All Nations, founded by Prophet TB Joshua, have filed another suit to stop the Lagos State Government from going ahead with their prosecution before the Lagos High Court in Ikeja over the death of 116 persons on September 12, 2014 when a six-storey building collapsed on the premises of the church in Ikotun area of the State.

In the fresh suit filed before Justice Kazeem Alogba of Ikeja High Court, the Trustees of the church are asking the court to stop their proposed arraignment before Justice Lawal Lateef-Akapo of the same court.

The Lagos State Government had had filed 111 counts against the Registered Trustees of SCOAN, two engineers and two companies over the death of the 116 persons.

The arraignment of the accused had been scheduled for Tuesday, January 19, 2016 before Justice Lawal-Akapo.

But in their fresh action, the applicants are urging Justice Alogba to call for the record of proceedings of a Lagos State Coroner Court, presided by Mr. Oyetade Komolafe, which indicted them and recommended them for criminal prosecutions.

Komolafe, who conducted an inquest into the death of the 116 victims of the SCOAN’s building collapse, had on July 8, 2015 decided that the building which killed them was built without approval, adding that its collapse was due to structural defect.

But SCOAN and its engineers – Messrs Oladele Ogundeji and Akinbela Fatiregun, had rejected the verdict, describing it as unreasonable and one-sided.

In September 2015, Justice Ibrahim Buba of the Federal High Court in Lagos had dismissed two similar actions filed by the engineers to squash the coroner’s verdict and prevent their arraignment.

In their fresh suit before Justice Alogba, they are seeking a judicial review of the Coroner’s proceedings, for the purpose of quashing it.

They are also seeking an order of perpetual injunction restraining the Attorney General of Lagos State, Mr. Adeniji Kazeem, or any officer under his authority from taking any step to enforce the recommendations of the Coroner, including their prosecution.

When the matter came up on Monday before Justice Alogba, the case could not go on as Magistrate Komolafe was absent in court and was not represented by any lawyer.

But a lawyer who represented the Attorney General, Barr. A. O Idowu however pleaded with the court for time to file a response to the suit, while Justice Alogba adjourned till February 4, 2016 for hearing.

Meanwhile, the State Government has vowed to challenge the fresh suit, as government was desirous of pursuing the issues relating to the matter to a logical conclusion.

Share
Previous Jonathan Ran CBN like Idi-Amin — Soludo
Next Breakdown Of How N1.34 Trillion Was Stolen By Governors, Others In 7 Years–Lai Mohammed