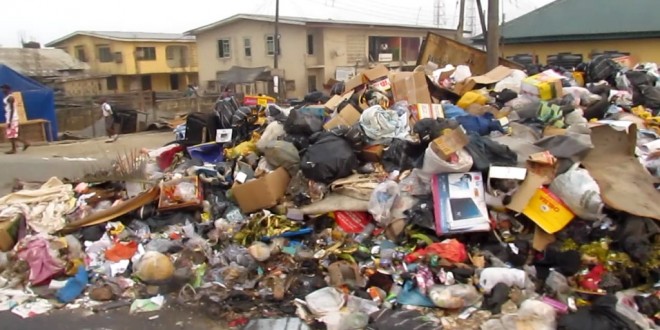 January 14, 2016 Comments Off on Epidemic Looms As Refuse Dumps Overflow in Bayelsa 168 Views 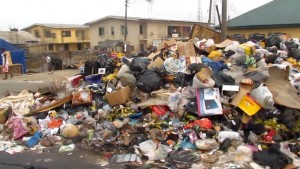 An impending epidemic looms in the Bayelsa state over the recent indiscriminate dumping and burning of refuse and other environmental wastes on major roads in the Yenagoa, the state capital.

According to a report issued by the Environmental Rights Action/Friends of the Earth Nigeria (ERA/FOEN), residents of the state have turned every open space and public road with the Yenagoa into a public waste dump site. The situation was said to have been worsened by the inability of the state government to come up with an effective waste management strategy.

The Environmental watchdog also faulted the failure of previous administrations in the state in preventing environmental degradation as one of the major factors responsible for the complete failure in waste management. Not only has this current trend affected the aesthetics of the state capital, it is also creating an impending health disaster in the state, if not immediately attended to.

Major roads in the state where refuse have indiscriminately dumped include Edepie, Opolo, Biogbolo, Kpansia, Okaka, and Onopa road which is close to Government House. Street junctions such as Green Villa junction, Road Safety junction and Hospital junction are among the major waste dumps emerging in Yenagoa. Bridge heads are not spared as most of the natural drainage system presents another site for some residents to dispose their refuse.

In his reaction, Special assistant to the Governor on media, Egbegi Alfred while responding to this issue posted on Facebook that “’Now that the governorship election in Bayelsa has been won and lost, can we move the state forward”

However residents of the state have faulted the government’s position and urged the present administration to quickly address the situation before it becomes a full blown health situation which the state obviously does not have the facilities to handle.