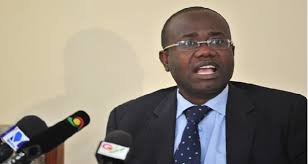 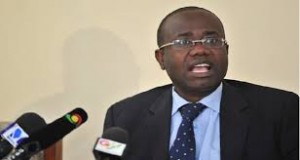 President of Nigeria Football Federation, Mr. Amaju Melvin Pinnick, on Tuesday presided over the Congress of the West African Football Union (WAFU) Zone B in Accra, at which Ghana FA President, Kwesi Nyantakyi was re-elected for another four –year term.

Incumbent Nyantakyi pipped Djibrilla Hima Hamidou of Niger Republic by four votes to three, and will remain in office till year 2020.

Nyantakyi only last year won a fresh term of office as President of the Ghana Football Association – a position he has occupied since 2006.

Earlier, the presidents and general secretaries of the countries in the WAFU Zone B had observed a one-minute silence in honour of slain Head of Protocol of Nigeria Football Federation, Mr. Ibrahim Abubakar. Abubakar was killed on Wednesday last week by gunmen who invaded his house in Kado Estate, Gwarinpa, Abuja.