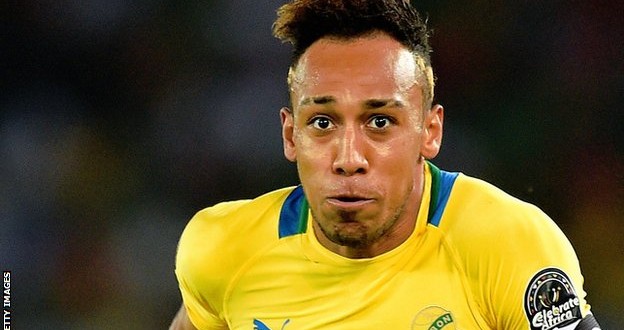 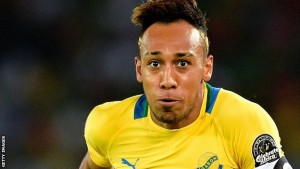 In a vote of coaches and technical directors of Caf member nations, Aubameyang earned 143 points, with Manchester City midfielder Toure, 32, the runner-up with 136 points.

Aubameyang, 26, is the first player from his country to win the award.
Ghana and Swansea midfielder Andre Ayew, 26, was third with 112 points.
Aubameyang is the Bundesliga’s leading scorer so far this season, with 18 goals in 17 league games.

The Gabonese star made a traditional acceptance speech, thanking his family, team mates and the President of Gabon, Ali Bongo Ondimba, a notable football fan.

The President returned the compliment, in a statement which hailed Aubameyang as key to his country’s hopes when they host the next Africa Cup of Nations in 2017, describing him as an “exceptional Gabonese [who has] demonstrated dazzling intuition and an attack of unparalleled velocity.”

Gabon were eliminated in the first round of the 2015 Nations Cup and Aubameyang’s success has been based his stellar performances for Dortmund in the Bundesliga.