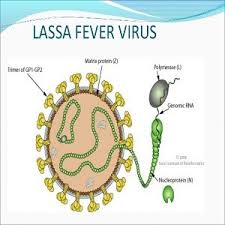 The Lagos State Government on Thursday urged residents to avoid contact with rats and observe good personal and environmental hygiene to prevent the spread of Lassa fever.

In a statement signed by the Mrs Adeola Salako, Public Relations Officer, Ministry of Health, it also advised the public to dispose their waste properly and clean the environment so that rats would not be attracted.
It said there were reports of Lassa Fever outbreak in some States such as Taraba, Niger, Nassarawa, Bauchi, Kano and Rivers States, leaving some people dead and others hospitalised.

According to the statement, there is the need for the public to be appropriately informed so as to protect lives.
“Ensure you store foods in rat proof containers and cook all foods thoroughly before eating.
“Discourage rodents from entering the house by blocking all possible entry points.

“For food manufacturers and handlers, do not spread food where rats can have access to it.
“All fluids from an infected person are extremely dangerous.
“Health workers are also advised to be at alert, wear personal protective equipment, observe universal basic precautions, nurse suspected cases in isolation and report same to the LGA or Ministry of Health immediately, ” it said.
The statement said Lassa fever was caused by infection with the Lassa virus, which was spread by rats that live in large numbers in West, Central, and East Africa.
“The rats carry the virus in their urine and faeces and live in homes and areas where food is stored,” it said.
According to the statement, the disease can be contacted by Ingestion of foods and drinks contaminated by the saliva, urine and faeces of infected rats or catching and preparing infected rats as food.
It said the disease could also be contacted by Inhaling tiny particles in the air contaminated with infected rat urine or droppings or direct contact with a sick person’s blood or body fluids, through mucous membranes like eyes, nose, or mouth.

The statement said that those at the highest risk include health workers, families and friends of an infected person in the course of feeding, holding and caring for them.
It said that early symptoms of the disease, which occur within three weeks of coming in contact with the virus include fever, headache, chills, diarrhea, nausea, vomiting, sore throat, backache, and joint pains.

The statement said late symptoms include bleeding from the eyes, ears and nose, bleeding from the mouth and rectum, eye swelling, swelling of the genitals and rashes all over the body that often contain blood.
According to the statement, it can progress to coma, shock and death.

It urged the public to report any case of the above symptoms or persistent high fever not responding to standard treatment for malaria and typhoid fever to the nearest health centre.
It said Lassa fever could be treated.

“Antiviral drugs have been used successfully to treat Lassa fever.
“The earlier a person presents, the better the outcome of treatment.” (NAN)