Breaking News
Home / Entertainment / Don Jazzy, Olamide And The ‘Hyundai Skelemba’-Taking It To A Bank 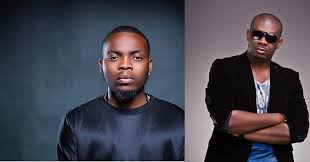 Don Jazzy, Olamide And The ‘Hyundai Skelemba’-Taking It To A Bank

January 3, 2016 Comments Off on Don Jazzy, Olamide And The ‘Hyundai Skelemba’-Taking It To A Bank 23 Views 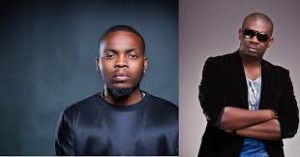 By Charles Novia
The Headies 2015 (which ironically held on the first day of 2016) was an anti-climax after that.

And perhaps the public tantrums of both Don Jazzy and Olamide were the highlights of what was before then an above average telecast with glaring lapses which could have been remedied with more precision.

When the artistes nominated in the ‘Next Rated..’ category were shown in a mini-documentary somewhere in the show, taking photo-ops in the Hyundai SUV and pleading for votes from their fans so as to win the prize, I told myself after seeing the earnest expectations on their faces that this category would surely be competitive but would have some bad blood drawn thereafter. The visuals of the four nominated acts seated side-by-side in the hall thereafter, being interviewed by the Hip TV Presenter just before the category was announced also showed an unease amongst them even if they were trying to put up aloof facades.

Korede Bello, Kiss Daniel, Lil Kesh and Reekado Banks. Four nominees in perhaps the ‘closest-to-call’ category in The Headies ever. Looking at the list, they each had hits in 2015. But in my personal opinion ( which I’m entitled to, innit?) I would have pruned the list at the final stage to just two; Korede Bello and Kiss Daniel.

‘Godwin’ was probably the biggest song of 2015, transcending both the secular and gospel charts and finding resonance all across Africa. How could such a song not get the artiste a winner in that category? On the other hand, ‘Woju’ by Kiss Daniel was another monster hit in 2015 which certainly would have won him that prize without raising eyebrows.

With due respect to Reekado Banks, I don’t think his ‘ Katapot’ track was that much of a phenomenal hit in 2015 but it was a good track. And L’il Kesh too, who was touted by Olamide as having back to back hits in 2015 (by his reckoning) stood a chance as well but I would say a misfit of personal branding by the YBNL team for Kesh might have added to his loss in that category. Club and dance hits are different from acclaimed general hits when it comes to the brass tacks and ‘Gbese Re’ was huge on the club and dance circuits but can’t be termed a huge hit compared to Korede’s and Kiss’

Thus, when Reekado won, I was one of the surprised folks watching on television. Obviously this didn’t go down well with Olamide, on whose label Kesh is signed on to and he went on a profane and perhaps alcohol-induced rant onstage a few minutes later, calling out the organisers and storming off the stage thereafter.

Don Jazzy, the acclaimed Producer, who is the Head Huncho at Mavin Recordswhich has Reekado as one of its acts, picked up the gauntlet a few minutes after while receiving his Lifetime Achievement Award and called out Olamide. He asked Olamide to come take the car won by Reekado and stormed out of the awards with his crew.

Olamide later went on twitter to rant more expletives on Don Jazzy.
Both artistes were wrong on many fronts. For Olamide, his open inebriation on stage calls for much questioning of his public conduct when he’s not in performance mode. As he boasts in his songs, he might have packed halls and swayed trends in the past year but trying a Kanye West onstage at The Headies was ill-advised. One should ask this question ( which I will also throw at Don Jazzy later as well) that if L’il Kesh had back to back hits as Olamide claimed, why didn’t YBNL deem it fit to buy him a car ( if he hasn’t any) all these months?

And Don Jazzy too should have stuffed it when he said that he had told Korede and Reekado not to bother themselves about the car if they didn’t win because he would buy them a car. Really? Did he mean to tell us that with all the shows and endorsements both acts had last year under his management, there wasn’t any ‘change’ left to buy his acts cars?

If that’s the case, something is wrong somewhere.
Don Jazzy screwed up though by calling out Olamide in his speech especially as Olamide never mentioned his name. But to a discerning mind, it seems those two had festering issues before last night and that incident was the last straw.

Mutual discontent and petty misgivings are common in the entertainment industry. I am never fooled by put-on smiles and show of camaderie most times by artistes as they are human like everyone else. What sets off animousities are usually a struggle for a space on top; a definition of ambitious egos or just plain loathing for petty reasons.

The struggle and not the hustle is what is real. Territorial dominance and egotistical relevance.

The major beneficiary from all this, in spite of the furore over the winner, is Hyundai. The brand now has more exposure than it bargained for and everyone would remember the brand for months to come. No publicity is bad at all in this regard for them.

To think that Don Jazzy and Olamide did a collabo a couple of years back and an anaemic one too, in my opinion. A song which didn’t make sense and was soon forgotten as soon as it came out.

With the storm over this award and the degenerative posibilities it portends, one can only suggest to Hyundai to come out with a new model inspired by this.

And calling that model ‘Hyundai Skelemba’ won’t be a bad idea.

The sales might just be something the company can ‘bank’ on.

This article was first published on CharlesNoviaDaily.com;