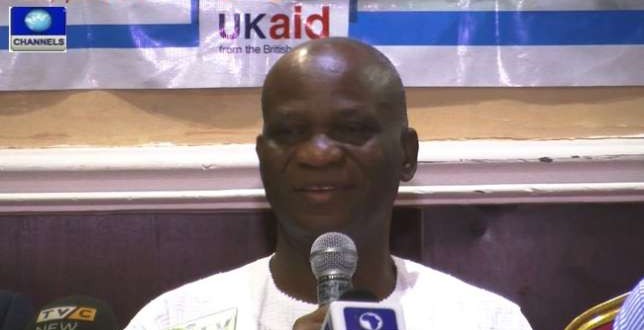 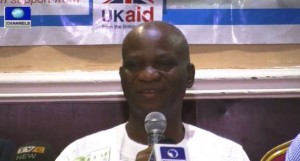 In an Affidavit of Facts deposed to at the Federal High Court, Port Harcourt, to support a petition to the INEC Chairman, Professor Mahmood Yakubu, Ted alleged that Dickson offered Kpagih one billion naira (N1, 000, 000, 000) bribe to illegally tilt the December 5 polls in Bayelsa State in favour of the governor, stressing that the N200 million cash bribe was the initial payment.
According to the SPO, the heavy financial inducement was behind the fact that “even though Ekeremor, Nembe, Ogbia local government areas of Bayelsa State were marred with serious violence and irregularities,” Kpagih “overlooked all those and rather targeted Southern Ijaw Local Government Area and unilaterally declared the results inconclusive all in a bid to justify the huge sum of money he collected from Governor Seriake Dickson to ensure that he emerges victorious in the polls.”

In the petition to the INEC chair dated December 22, 2015, Ted pointed out that in a recent newspaper publication, “Kpaigh himself confessed in an interview that he was offered money to rig the election in favour of a particular candidate.

“I wish to state that the candidate in question is Hon. Seriake Dickson, the incumbent governor of Bayelsa State. Contrary to The Guardian publication, Kpaigh collected money from Governor Dickson.”

Ted in the affidavit affirmed that he served as SPO in the Bayelsa Gubernatorial Election and that he had been a close friend of Kpagih, who personally recruited and appointed him for the INEC job “with a firm and specific instruction to report directly to him with a mandate to gather all relevant information and raise intelligence reports across the state to assist him in his duties, which I carried our diligently.

“I got close to Mr. Baritor Kpagih, the Resident Electoral Commissioner (REC), Independent National Electoral Commission (INEC), Bayelsa State, and sequel to the close interaction and personal relationship that ensued between us; I am very conversant with the facts deposed herein.”

“That Mr Baritor Kpagih informed me in his office and I verily believe him as follows:

• That the agenda for the said meeting is strictly on areas of possible assistance INEC can render through the office of the Resident Electoral Commissioner for Governor Seriake Dickson to emerge victorious and be re-elected in the forthcoming governorship election in Bayelsa State for 5th December, 2015.

• That one Barrister Talford Ongolo who according to him is the Chief of Staff to Governor Seriake Dickson was also present at the said meeting.

• That he told the Bayelsa State Governor, Hon. Seriake Dickson, in the course of that meeting that due to the nature of his request and its possible implications, he (The Resident Electoral Commissioner), is ready to work in that direction towards his victory and would also go back to the commission and consult with his close confidant on the best way that can be achieved and revert back to the governor later.

• That Governor Seriake Dickson offered him a total sum of One Billion Naira (N1 Billion) for him and his men to facilitate the governor`s victory at the polls for which a whooping sum of N200,000,000.00 (Two Hundred Million Naira) only, shall be released cash in the first instance as advance for performing the role.”

Ted went further to state that when he was informed “of the outcome of the said meeting and his favourable disposition towards carrying out the electoral fraud towards ensuring victory for Governor Seriake Dickson in the said election, “I took steps to ensure that he drops the idea of going on with the said process as same is not in line with the lofty ideals of INEC as an electoral umpire in recent years.

“Surprisingly very late at night on Saturday 5th December, 2015 at the INEC office, Yenagoa, I overheard Mr. Baritor Kpagih instructing two men who are not staff of INEC to drive their vehicle and follow the governor’s representative in one other tinted vehicle to a comfortable zone where they can transfer funds meant for him into that vehicle.

“That I became curious and went out of the office and saw the two men entered a Toyota Camry, 2007 model car and drove behind a tinted black jeep; not quite ten minutes thereafter, I suddenly saw the Toyota Camry car with the two men inside returned back to the office.

“That I saw the two men transferring three bags (Ghana must go bags) which I know where loaded with money into Mr. Baritor Kpagih’s car and went straight to his office.

“That Mr. Baritor Kpagih came out of his office and walked towards his car; I followed him immediately at close range and watched the whole scenario and when I saw him open his car boot, I surfaced and saw them counting the money with the Resident Electoral Commissioner confirming the money to be N200,000,00 (Two Hundred Million Naira) only.

The INEC SPO said he had to open up “as patriotic Bayelsan, committed to free, fair and credible election in the quest of improved well-being of the people of Bayelsa State.”