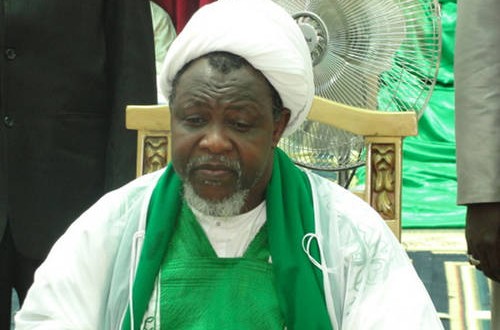 El-Zak-Zaky Not in Army’s Custody – Buratai 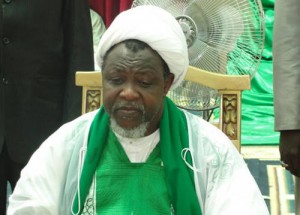 The Chief of Army Staff, Lt.-Gen. Tukur Buratai , said on Thursday that the arrested Shi’ite sect leader, Sheikh Ibrahim El-Zak-Zaky, is no longer in the custody of the Army.

Buratai said this when he met with a delegation from the Nigerian Supreme Council of Islamic Affairs (NSCIA) at the Army Headquarters, Abuja.

The Army chief, who was responding to the request by NSCIA to meet with the sect leader, said that El-Zak-Zaky had been handed over to the appropriate authorities for prosecution.

According to Buratai, lawlessness must not be tolerated in the society especially when a part of the country is confronted with terrorism.

“As a responsible and law abiding organisation, we will do all that we can to always safeguard lives and property.

“As for the whereabouts of the Shi’ite leader, he is not in our custody; he has been handed over to the appropriate authorities for prosecution because we don’t prosecute.

“What happened was avoidable and unfortunate, we followed the rules of engagement as enshrined in the constitution but what happened still happened,” he said.

Buratai dismissed claims in some quarters that the Army was after members of the sect.

He said that the army was only carrying out its constitutional duties.

He urged members of the public to disregard information and pictures contained in a section of the media, describing them as a false reflection of what happened.

Earlier in his remark, the leader of the NSCIA, Prof. Daud Noibi, said the group was at the Army headquarters on a fact-finding mission.

Noibi expressed the concerns of NSCIA on the Zaria incident and reaffirmed the commitment of the council to return peace to the area.

He appealed to the Army authorities to allow the delegation to meet with the arrested leader of the sect.

Noibi said the NSCIA would make efforts to douse the tension that had engulfed parts of the North following Saturday’s incident in Zaria.

The News Agency of Nigeria (NAN) reports that Noibi was accompanied on the visit by the Secretary General of the council, Prof. Ishaq Oloyede.