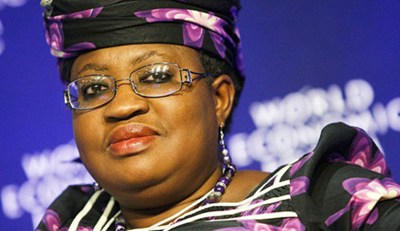 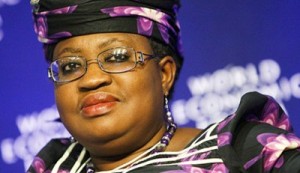 Former Finance Minister, Dr. Ngozi Okonjo-Iweala, has debunked an online media report that she diverted part of the recovered Abacha loot to the former National Security Adviser (NSA), Col. Sambo Dasuki (rtd), for the purpose of fighting Boko Haram insurgency without due process.

This came as the Edo State Governor, Mr. Adams Oshiomhole, called on the federal government to include Okonjo-Iweala in the investigation of the disbursement of funds meant for the procurement of arms and ammunition.

Reacting to the report through a statement issued last night by her Media Adviser, Mr. Paul Nwabuikwu, the former minister said the report fitted into the campaign of falsehood against her.

“As part of the campaign of falsehood against former Minister of Finance, Dr Ngozi Okonjo-Iweala, by Oshiomhole and other powerful and corrupt interests, another baseless story has been published by some online media.

“To achieve their evil propaganda objective of tarnishing her name, these evil elements have distorted the contents of a memo dated January 20, 2015, in which the former minister responded to a request by the former NSA Dasuki, for funds to prosecute the terror war against Boko Haram,” the statement said.

According to the statement, the fact remained that the central responsibility of the minister of finance is to find sources of funding for the financing of approved national priorities such as security, job creation and infrastructure.

“It will be recalled that throughout 2014, there were public complaints by the military hierarchy to President Goodluck Jonathan about the inadequacy of funds to fight the anti-terror war in the North-east, resulting in Boko Haram making gains and even taking territories.
“A lot of the criticism was directed at the Federal Ministry of Finance under Okonjo-Iweala which was accused of not doing enough to find funds for the operations

“In fact, the ministry, on several occasions, had to call press conferences to provide details of budgetary spending on the military, to show, against the background of limited resources and other urgent national priorities, that it was doing its best to fund security.

“It was about this time that some new Abacha funds of about $322million were returned with another $700 million still expected to be returned. (This is not to be confused with the Abacha funds returned in 2005-2006 under the President Olusegun Obasanjo government whose use for developmental purposes was monitored by the World Bank as earlier explained by Okonjo-Iweala.

“The NSA made a case to use the returned funds for urgent security operations since, he noted, there cannot be any development without peace and security,” the statement said.

It was based on this, it added, that a decision was taken to deploy about $322 million for the military operations, while the expected $700 million would be applied for development programmes as originally conceived.

“Following the discussions and based on the urgency of the NSA’s memo, Okonjo-Iweala requested the President Jonathan to approve the transfer of the requested amount to the NSA’s Office for the specified purposes.

“But, as captured in the memo, she insisted on three conditions: (a) Only a part, not the entire Abacha funds would be spent on the arms; the rest would be invested in developmental projects as originally conceived; (b) the money was to be treated as borrowed funds which would be paid back as soon as possible; (c) the NSA’s office was to account for the spending to the president who was the Commander-in-Chief, given the fact that the Minister of Finance is not part of the security architecture and does not participate in the security council.

“The attempt to link the former minister’s name to any misuse of these funds for any purpose other than security as far as she understood it is totally false and cannot stand,” the statement affirmed.

However, Oshiomhole who spoke with State House correspondents in Abuja yesterday after a meeting with President Muhammadu Buhari, said he was shocked by the revelations coming out of the prosecution of former NSA.
But he quickly added that what had been revealed so far might be a tip of the iceberg.

He therefore called for the investigation to be widen to establish if the former minister conspired with others to perpetuate the fraud.
Oshiomhole said: ”I am shocked. I have been talking about it, I just said to a couple of persons, the government have to go the whole hog, because I know as a governor that no money gets out of the treasury even after I have approved it as the governor without the approval of the commissioner of finance. That is the procedure, so the probe should go into whether all these monies are appropriated, all of it, when the money got out of the treasury through who?

“The Minister of Finance under the rules must endorse before money gets out of the treasury, before Central Bank of Nigeria (CBN) approves it. So all those Minister of Finance including Okonjo-Iweala, I don’t care what people say because you cannot be coordinating a corruption-ridden economy and you pretend to be an angel, you cannot selectively deal with issues, you must deal with all involved in the conspiracy. In criminal law when two to three people are involved in a act of criminality, all of them are charged with conspiracy.

“You cannot get money out of the treasury without getting it endorsed and for a government that talks about transparency, due process and I am unable to accept that money will come out without the Minister of Finance having to endorse document and if you endorse documents, you must follow through to see that the purpose through which funds are released are actually used for that purpose.

“The NSA is supposed to be an advisory officer, he is not supposed to be a procurement agent for government. I am happy the figures are coming out and I know that this is a tip of the iceberg and I read some reports, the numbers are in billions.

“Dasuki is just one bleeding point, there are several bleeding points in the system, you look at the total number of expenditure on subsidy which the World Bank had released figures just now, about how many trillions of Naira over the past four to five years, now you lay your hands on the various appropriation bills passed by the National Assembly and see how much the National Assembly appropriated for subsidy for all those periods, you will find they are not even up to half of what was spent. Which means money not appropriated for was spent. If people are involved in those acts they must be brought to justice.”