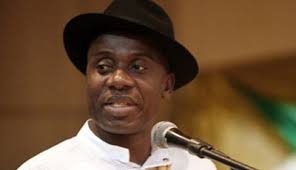 Minister of Transport, Rotimi Amaechi, has ordered a full- blown audit into the financial activities of the Maritime Academy of Nigeria (MAN), Oron, Akwa-Ibom State.

The order is sequel to allegations of financial recklessness levied against the Rector of the institute, Mr. Joshua Okpo, through some secrete memos to the Minister by some concerned individuals.

Sources said Okpo may have stirred the honest nest when he openly accused the management of Nigerian Maritime Administration and Safety Agency (NIMASA), of deliberately starving his institution of funds.

NIMASA which is charged with manpower development in the industry is also responsible for its funding through the release of five percent of its earnings as subvention to the Academy.

Only last week the Minister, who sources said had been inundated with counter accusations between the managements of MAN and NIMASA, had to summon the two agency heads to a meeting in Abuja.
However, the bubble burst when the Minister was told by the Acting Director-General of NIMASA, Haruna Jauro that the agency had remitted over N18billion to the Academy since 2009.
Mr Okpo was said to have protested the figure mentioned by NIMASA, saying he only took over in 2011.
Sources at the meeting said the NIMASA acting DG later reeled out figures to indicate that a sum of N13billion was remitted to the institution since the Rector took over.

Alarmed by the quantum of the funds, the Minister who was apparently livid with anger decried the several ‘lies” he had been fed about the true situation of the disbursement, and ordered an immediate audit of all the amounts said to have been remitted to the institution since 2009.

As a prelude to the financial probe, the Minister was said to have also ordered an on-the-spot assessment of the projects so far undertaken at the Academy, to be conducted jointly by officials of the Ministry and NIMASA.

Confirming the development, Head of public Affairs of NIMASA, Hajia Lami Tumaka said: “We could have gone last week Tuesday but for the trip the chief executive of the agency and the Minister made to London to attend IMO meeting. When they come back this week, we shall carry out the Minister’s directive’’.