November 15, 2015 Comments Off on Bassey Gets FIFA Assignment 21 Views 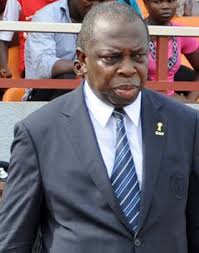 Top Nigerian official, Paul Bassey, has been designated by football’s world governing body, FIFA, as match commissioner for Tuesday’s 2018 World Cup qualifying cracker between the Red Devils of Congo and Walya Antelopes of Ethiopia in Brazzaville.

The highly –respected Bassey, who is also a CAF General Coordinator and instructor on Club Licensing, will work with Sudanese referees and Egyptian Abdul Hamid Radwan, who will be the referee assessor.

Congo’s Red Devils edged the first leg played in Addis Ababa on Saturday 4-3, and the encounter at the Stade Alphonse Massamba-Debat on Tuesday is expected to be explosive. And FIFA has reposed confidence in the experienced Bassey.

Meanwhile, Gabon’s Panthers became the first team the group phase of the African race after penalty shoot –out defeat of Mozambique in Libreville on Saturday.

The 2012 Cup of Nations co-hosts won 1-0 to tie the aggregate 1-1, and after extra time failed to produce more goals, won the shoot –out 4-3 to eliminate the Mambas.