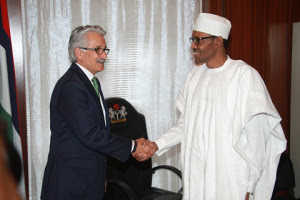 Investment In Nigeria’s Oil, Gas Industry Is Down By 20 Per cent – Chevron Boss

November 12, 2015 Comments Off on Investment In Nigeria’s Oil, Gas Industry Is Down By 20 Per cent – Chevron Boss 33 Views 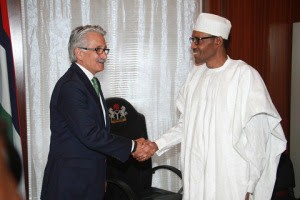 Lagos (NAN) President, Chevron Africa and Latin America Exploration and Production, Mr. Ali Moshiri, has said that the total investment in Nigeria’s oil and gas industry, which stood at 20 billion dollars in 2014, has dropped by 20 per cent in 2015.

Moshiri disclosed this in Lagos at the 33rd annual conference of the Nigerian Association of Petroleum Explorationists (NAPE).

In Africa, Moshiri said, Nigeria was the top producer of liquid hydrocarbon and number three in gas production.

He said that the country’s position in gas was because of lack of gas infrastructure and not because of the level of its gas resources.

Moshiri said Nigeria had tremendous capacity and resources to produce far above the current two million barrels of crude oil per day, but added that much investment would be required.

He said 20 billion dollar investment would be required yearly for the country to replace its current production levels.

Moshiri said many projects were locked up in Nigeria because of cost citing the Bonga South West project as one of the them.

He said the current slump in crude oil price was as a result of “ much inventory in the oil market’’.

Moshiri said between 2014 and 2015, about four million barrels of crude oil per day were unconventionally introduced into the market which led to this development.

In his speech, Gov. Akinwunmi Ambode Nigeria currently maintained an economically unstable energy trade balance, in which the country exports virtually all the crude oil produced and import substantial part of the petroleum products consumed in the country.

Ambode, who was represented by the Commissioner for Energy and Mineral Resources, Mr Olawale Oluwo, also argued that the country had under-utilised other energy sources such as Bitumen, Coal and non-carbon-related energy sources.

“Therefore, the challenge before us is to determine how we as a nation can adapt to these emerging scenerios in global and national oil and gas, so that we take advantage of them and shape them to our advantage,” Ambode added.