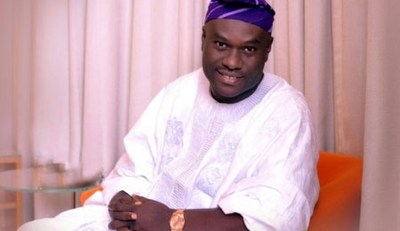 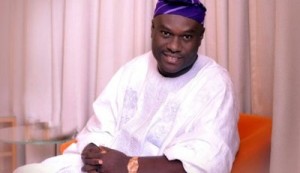 Residents of Ile-Ife, the cradle of Yoruba civilisation, trooped out into the streets of the town to celebrate the emergence of Prince Adeyeye Enitan Ogunwusi of the Giesi Ruling House as the 51st Ooni of Ife.

The 40-year-old Ogunwusi, who is resident in Lagos, will ascend the thrown following the demise of the immediate past Ooni, Oba Okunade Sijuwade, who passed on 90 days ago in a London hospital.

Ogunwusi, who is expected to make a grand entrance into Ile-Ife tuesday, was pronounced the new Ooni by the Osun State Government in the wee hours of yesterday morning from a list of 22 Ife princes who had thrown their hats into the ring to succeed Sijuwade.

A statement issued by the Secretary to the State Government, Alhaji Moshood Adeoti, said the announcement of the appointment of the new Ooni was sequel to the completion of due process by the kingmakers and the communication of their decision to the government.
A real estate magnate, the Ooni-designate holds a Higher National Diploma (HND) in Accounting from The Polytechnic, Ibadan where he started cutting his teeth as an entrepreneur even as a student.

He is also an active member of the Global Real Estate Institute (GRI) having participated at various levels.
He has been involved in engineering, procurement and construction (EPC) locally and abroad for over 12 years and has also been actively involved in the development of over 2,500 housing units with various consortia of developers/promoters over the last eight years in Nigeria.
He has facilitated strong trade relationships through the Association for International Business (AIB) with a presence in over 200 member countries across the globe, which he set up in Nigeria.

One of the key achievements of this body is the trade facilitation between the United Arab Emirates (Jebel Ali free Trade Zone development) and Federal Government of Nigeria through the Nigerian Investment Promotion Commission (NIPC).
He was a co-organiser for Ondo State Economic Planning and Implementation Committee, and led the government delegation team to Canada in 2002 for strategic alliances and partnership with the Ondo State Government on solid mineral potential of the state in the areas of bitumen, dimension stones and granite exploration, which led to the formation of Amalgamated Mining and Exploration Company Limited – wholly owned by the Ondo State Government.

In addition, the prince was involved in trading and marketing of commodities, and the main facilitator for Dangote Group’s break into the up-country supply chain consortium between 1996 and 1999. He also traded for Dohagro Allied, Global Apex, Olam, Clemco, Stallion
Group, Milan Group etc, during the same period.

As a real estate developer, he has handled various dredging and land reclamation projects in Lagos State, and was the initiator of Essential Homes, a real estate project launched in January 2014 to deliver affordable upscale homes to middle and low income earners.
The first phase of the development – The Southpointe Estate on Lafiaji Road, Lekki, Lagos State — started in February 2014 and was successfully delivered within one year with about 60 per cent occupancy.

He also led the team that developed the beautiful Northpointe Estate Phases I, II, III and Midland Court on Chevron Drive Lekki Lagos.
In addition, Prince Ogunwusi has successfully undertaken other multi-billion naira projects across Lagos and its environs. These include Jacob Mews Estate Yaba; Lakeview Park I and II Estates in Lekki; the ongoing Golden Leaf Estate Lafiaji in Lekki; and Grand Lake Estate Ajah, Lagos.
Ogunwusi sits on the Board of Directors of Imperial Homes Mortgage Bank Limited, (formerly GTHomes), a leading mortgage bank and former subsidiary of one of the biggest banks in Nigeria, GTBank Plc.
He is also a director of FinaTrust Microfinance Bank Limited, one of Nigeria’s foremost microfinance banks focused on SMEs and micro credit facilities.

No date has been fixed for the coronation of the new Ooni but the Osinkola Ruling House and some sections of the Giesi Ruling House are still challenging the selection process for a new Ooni. A third case has been instituted by the Lafogido Ruling House.

While the Osinkola Ruling House is challenging the resolve and decision of the state government and kingmakers to restrict the selection of the new Ooni to the Giesi Ruling House, saying it is against the tradition and customs of Ile-Ife, some royal compounds within the Giesi Ruling House had frowned on the manner the selection committee headed by Professor Aderibigbe conducted the processes, alleging that it was skewed to favour the Agbedegbede royal compound and in particular Ogunwusi.

Reacting yesterday to the announcement, one of the princes from the Lafogido House, Ahmed Aderoju Adewoyin, said the implication of Ogunwusi’s emergence was the entrenchment of monumental corruption as well as the “unholy monetisation of the stool whereby the gentiles have a field day to the detriment of natural peace, progress and development of the entire Yoruba nation”.
He said that it was not only preposterous that the fate of the teeming Ile-Ife community and indeed that of Yoruba heritage was left to the discretion of an uninformed and gluttonous clique to the exclusion of other stakeholders.

Adewoyin stressed that it was outrageous that observance of tradition and adherence to cultural decency had been ignored in the selection of the Ooni, and demanded to know who had administered the oracle and if Ifa was appropriately consulted before Ogunwusi’s emergence.
However, Prince Sikiru Adetona Ayedun of the Giesi Ruling House congratulated the Ooni-designate and wished him a memorable and eventful coronation in advance.

He said: “The efforts of Governor Rauf Aregbesola cannot but be commended for his leadership role in making the process crisis free.”
He added that the Ife kingmakers also deserved commendation for their unity of purpose, stating that “Ife is greater than all of us and we must all work together for its greater upliftment”.
Also, Senate President Bukola Saraki congratulated the Ooni-designate and advised him to concentrate on further solidifying the role of the Yoruba people in national unity.

Saraki, in a statement by his Special Adviser (Media and Publicity), Yusuph Olaniyonu, wished the Ooni-elect a long and peaceful reign, sound health and many years of service to his people.

According to the Senate president, the Ooni-elect has so many things in common with the immediate past Ooni, which include but not limited to being widely travelled, exposed, versatile, well-informed and somebody devoted to community service.
He noted that the appointment of Prince Ogunwusi could not have come at a better time.

Saraki said: “I am particularly delighted that the approval of your appointment by the Governor of Osun State, Rauf Aregbesola, came at a time when the youthful zest, experience, and knowledge of global best practices, which you possess in abundance are needed to move the traditional institution and most especially, the revered throne of the Ife Kingdom, to the next level.”

He assured the new monarch that the Senate under his leadership would continue to hold the traditional institutions in high esteem, considering the role they play in ensuring peaceful coexistence among the people, promotion of worthy cultural values in the society and sustenance of national traditions.

In their congratulatory message, the Speaker of the House of Representatives, Hon Yakubu Dogara, and his deputy, Hon. Yussuff Lasun, said the role of traditional rulers in nation building cannot be over-emphasised.

In a statement signed by Dogara’s Special Adviser, Media and Public Affairs, Turaki Hassan, they urged Ogunwusi to emulate the works of the late Oba Sijuwade whom he said left an indelible mark in the history of Nigeria as a peacemaker and a bridge between different peoples of the country.

While assuring him of the cooperation of the House, they said the legislature was open to the wise counsel and invaluable support of the Ooni-designate in its quest to effect change and reposition Nigeria for enduring peace, security, accelerated growth and development.