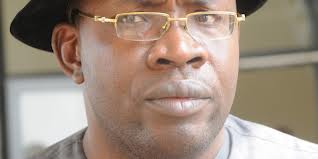 The Sylva-Igiri Governorship campaign in Bayelsa State has warned Banks against granting new loans to the incumbent administration of Governor Seriake Dickson .

In a statement by the Director of Media and Publicity, Nathan Egba, the organization said “ the incoming APC administration” would not honour such loans.
Egba, said the party had uncovered the plan to use the State House of Assembly to secure about twelve billion naira loan to prosecute the election by the Peoples Democratic Party (PDP).

According to him, that the plot was to use the leadership of the House to cajole other lawmakers that bulk of the money would be used to clear their outstanding allowances and purchase of new cars.

The value of the two loans are N2.5 billion and N10 billion naira.

Egba advised “ banks and financial institutions in the country not to grant such loan request as the incoming APC administration would not honour such a bogus transactions, which are not even presented on the floor of the House.

“Members will also be informed that the second loan of ten billion naira will be used to fund constituency projects, whereas in truth, this money is expected to be used for the campaigns and election expenses”.

It “ The APC in Bayelsa has been aware for some time now that Governor Dickson, realizing that he will lose the forthcoming elections, has refused to release funds already in his possession for the elections.

“Instead, he has been shopping around for funds from individuals and organisations, most of whom have turned him down, resulting in his bid to use the State House of Assembly to raise funds”.

The statement said the APC had called on the EFCC, the Department of State Services and other security agencies to help the people of Bayelsa track the secret transaction in order to stop PDP from obtaining the fraudulent loan.