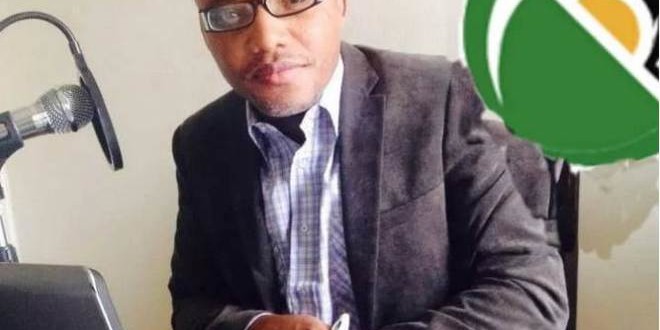 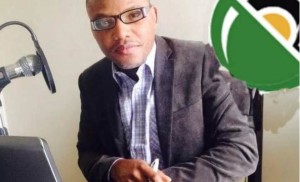 SCORES of supporters of the embattled director of Radio Biafra, Mr. Nnamdi Kanu were Tuesday arrested by the Anambra State police command at various points in Awka as they embarked on protests in the state capital.

The protesters, including women, carried placards with various inscriptions, marched from Amawbia to the Government House, demanding that Kanu be left alone.

However, as they approached Government House, the police men stationed at the place fired sporadically in the air and threw teargas canisters to scare them.

Another group protesting at the Arroma junction was also picked by the police.

Anambra State coordinator of Indigenous People of Biafra, IPOB, Mr. Ikechukwu Okoye said their protest was not meant to cause any trouble, adding that they were only on the streets to prevail on security operatives to release Kanu.

According to him, the protesters were marching to the Government House to plead with Anambra State governor, Chief Willie Obiano to prevail on President Muhammadu Buhari to intervene on the matter.

He said: “We are only agitators who obey the laws of the land. This is democracy and there is freedom of speech and freedom of movement.

“Why would anybody detain our leader and in the process be demanding bail fee of N2million. We have not come to fight anybody because we are peace makers”

Anmabra State Commissioner of Police, Mr. Hosea Karma, confirmed the arrest of the protesters, saying it was because they were parading along the Enugu-Onitsha expressway thereby causing breach of peace.

According to the CP, “there is nothing like Indigenous People of Biafra. Those people constituted nuisance on the high way and that was why they were picked.

“Right now, I do not know the number of people that were picked, but I want to assure the people that anybody who disturbs the peace that exists in this state will not go unpunished.”

Meanwhile, the factional leadership of the Movement for the Actualization of the Sovereign State of Biafra, MASSOB, has lent support to the Radio Biafra director.

In a press statement made available to reporters in Awka yesterday, the national director of information of the breakaway MASSOB, Mr Uchenna Madu said it was identifying with Kanu in the spirit of brotherhood pursuing one strong force for self determination.
.
The statement read: “If Nigeria is shivering and catching cold when international sympathizers / supporters of Biafra are openly and diplomatically expressing positive concerns on Biafra and Nnamdi Kanu’s arrest which subsequently pressurizes the DSS to quickly but secretly arraign him before a court which also granted him bail, evidently shows that the end of Nigeria domination of Biafra has come.

“MASSOB condemns the opposition of Ralph Uwazuruike- led faction of MASSOB on Nnamdi Kanu. How can Ralph Uwazuruike who claimed to be fighting for Biafra actualization openly support Nigeria government on this arrest of Nnamdi Kanu?

“Nnamdi kanu was not suspended by Ralph Uwazuruike or MASSOB as claimed. Rather, he left MASSOB in 2009 when Biafra groups in Diaspora who jointly assisted and supported Ralph Uwazuruike in the quest for Biafra, found out that all the monetary dues committed to the struggle from abroad and at home for execution of Biafra project were not judiciously used.”